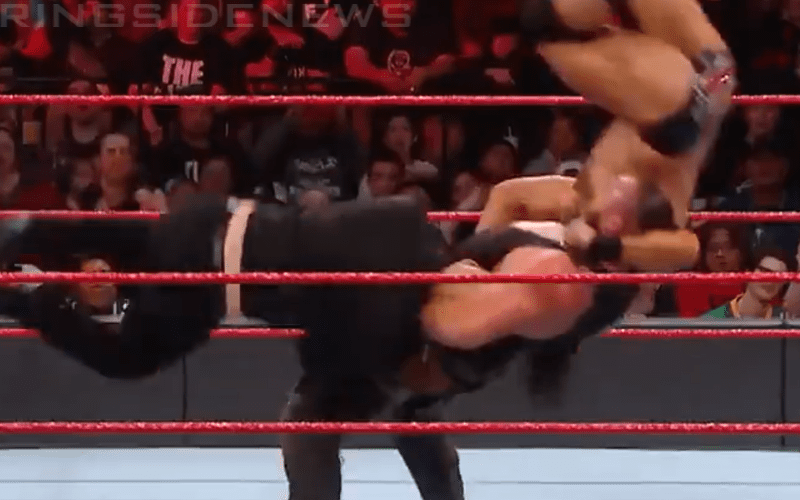 WWE featured plenty of notable moments, but a lot of people seem to forget that Braun Strowman almost botched a spot that could have gone very poorly. While trying to execute a double suplex, Braun didn’t get Barson Corbin up enough and he went crashing on his head.

Rusev was obviously watching RAW. He probably enjoyed seeing this botch quite a bit as well. Because the former WWE United States Champion chimed in to give his take on the spot.

This was certainly a cringe-worthy spot on RAW and is almost sure to end up on Botchamania. Rusev had a pretty interesting take on things in case Braun wants to claim it happened on purpose.