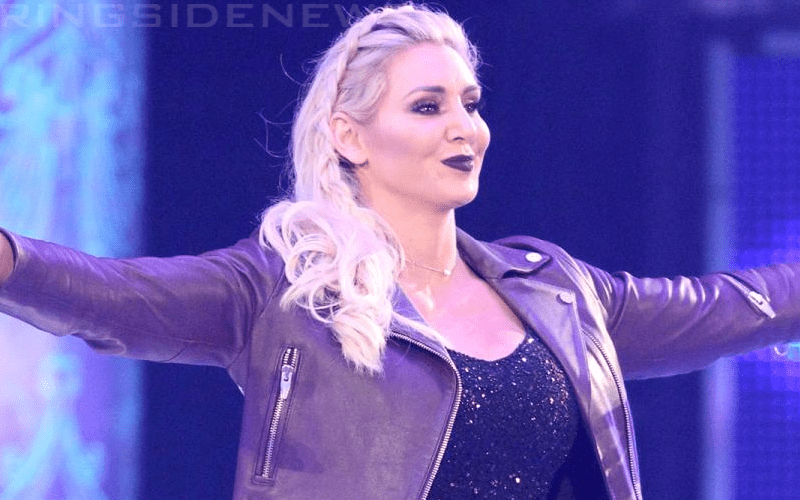 Charlotte Flair seemed to be in a good mood. So she posted a few pictures of herself laughing very hard. We can only assume this was due to Becky Lynch’s suspension.

One fan felt like he could comment as he liked to Charlotte Flair. He said:
“Let’s be honest if u weren’t Ric’s daughter u would be toiling around the mid-card or independent scene somewhere… @BeckyLynchWWE did it without her daddy getting her every push she got……”

This did not sit well with Ric Flair’s daughter in the slightest. Therefore, Flair unloaded on this “tool” to shut him down in a big way.

“Here’s a thought: Spend less time being a tool on twitter and focus on leaving a legacy your child can be proud of.

Or… you know… just keep focusing on what my father left me.”

Flair is pretty quick with a cutting reply when she’s forced to break one out. Just like her old buddy Becky Lynch she is mighty good at spilling the tea.