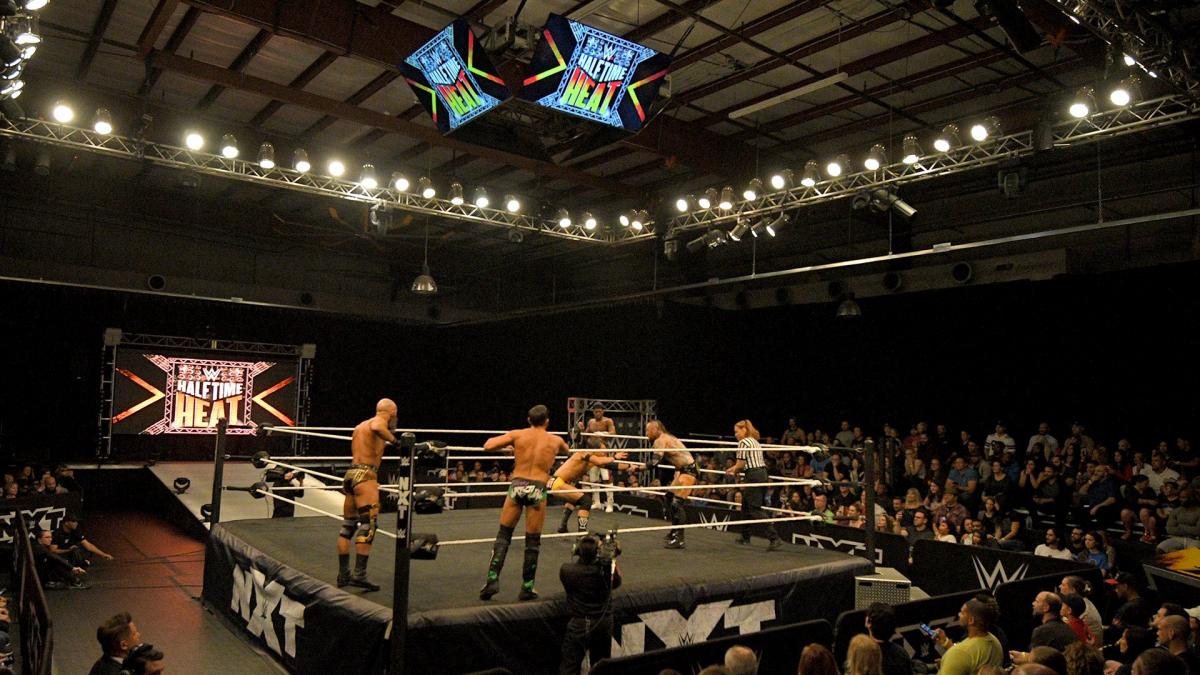 The WWE Universe got a glimpse of a room in the WWE Performance Center that they rarely see with Halftime Heat. Six NXT Superstars performed in a small arena inside the PC and plenty of fans were impressed at the setup inside this small venue.

Halftime Heat might not have drawn extraordinary numbers, but the idea seems to be something that WWE sees promise in.

WWE has a lot of talent and their own network. With an arena that is as easily accessible as the one that housed Halftime Heat, it makes perfect sense to utilize it.

We have been told that people in WWE are pulling for the idea of doing more WWE Performance Center-based events and they like the idea. It is unclear whether WWE will be letting actual fans in next time around if they will be hand-picked friends and family like they were during the Super Bowl.