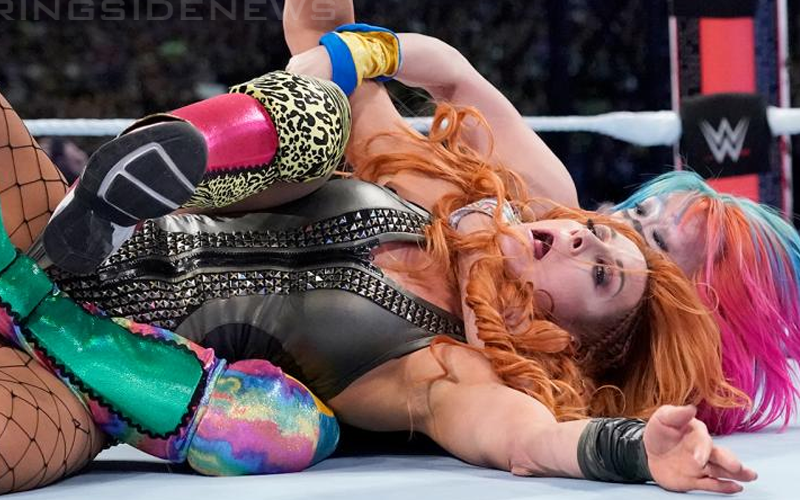 Becky Lynch had a pretty good night at the WWE Royal Rumble in Phoenix. She walked away with the chance to face the champion of her choosing at WrestleMania. The Man started the night by losing to Asuka and tapping out which some people saw as a surprise.

WWE is always thinking and there is a greater creative plan when they have one in place. We were told that Becky Lynch tapping to the Asuka Lock was actually done for a strategic reason.

Becky Lynch tapping out to Asuka told a story that The Man can be beaten and even submit. Submission is Ronda Rousey’s usual method in winning her matches so it made it even more possible that Rousey can make Lynch tap out.

Becky Lynch also tried Asuka’s own submission out on her during their match which proved she could grapple as well. On an interesting side note, Ronda Rousey won her match against Sasha Banks via pinfall.