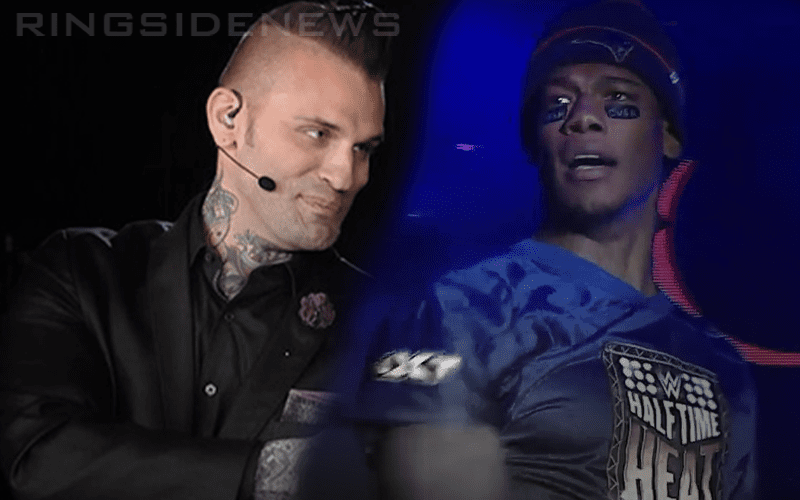 Corey Graves isn’t one to keep his opinion to himself. He recently saw WWE Halftime Heat like anyone else who isn’t a fan of Maroon 5. One guy who really caught his eye was Velveteen Dream and Graves had a simple question.

All Graves was asking was why Dream hasn’t been called up to the main roster yet. This was met with plenty of negative comments from the Internet Wrestling Community including saying that No Way Jose doesn’t need someone to battle on the kickoff show and generally bashing Vince McMahon’s booking.

Graves replied a short time later as he was bewildered at how his positive comment was received so poorly.

“Wow. The internet sure has an amazing way of turning a compliment into something negative.

I shouldn’t be surprised, but for some reason, I still am.”

This just goes to show that it’s hard to really put anyone over without upsetting some people. Velveteen Dream’s time will probably come, but Halftime Heat gave everyone involved in that match a great chance to show what they could do.