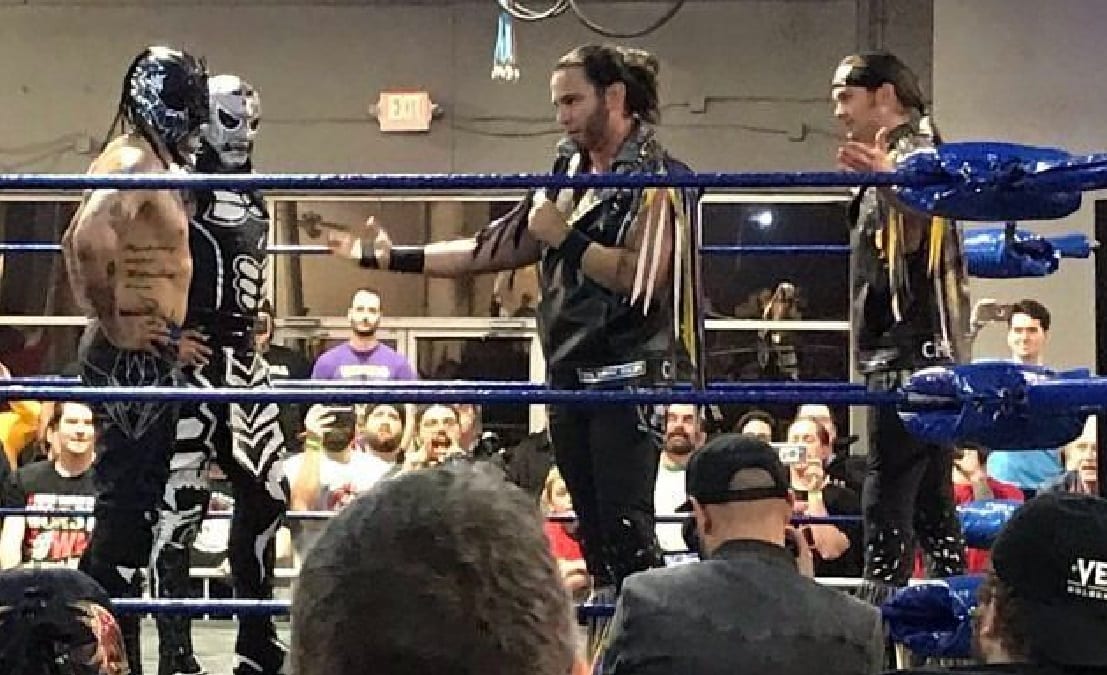 The Young Bucks are doing some rounds while they show up at indie events and keep the buzz going about All Elite Wrestling. They dropped some huge hints that they were going to be in Atlanta last night and they delivered in a big way.

Nick and Matt Jackson dropped in at the Come Hell Or High Water event last night. They also had a pretty big invitation to offer.

The Bucks showed up while Pentagon Jr and Fenix were in the ring. Then they asked the Lucha Bros if they wanted to join AEW. The Bucks said they didn’t have a contract with them, but a handshake would do the job for now.

This is an interesting situation because both Fenix and Penta are still under Lucha Underground contracts. Since LU’s next season seems to be in limbo the idea has been floated around that they are holding their talent under hostage. Perhaps AEW could make some sort of arrangement to bring Pentagon Jr and Fenix in. We will just have to wait and see if they show up at AEW’s next big rally on Feb 7th.