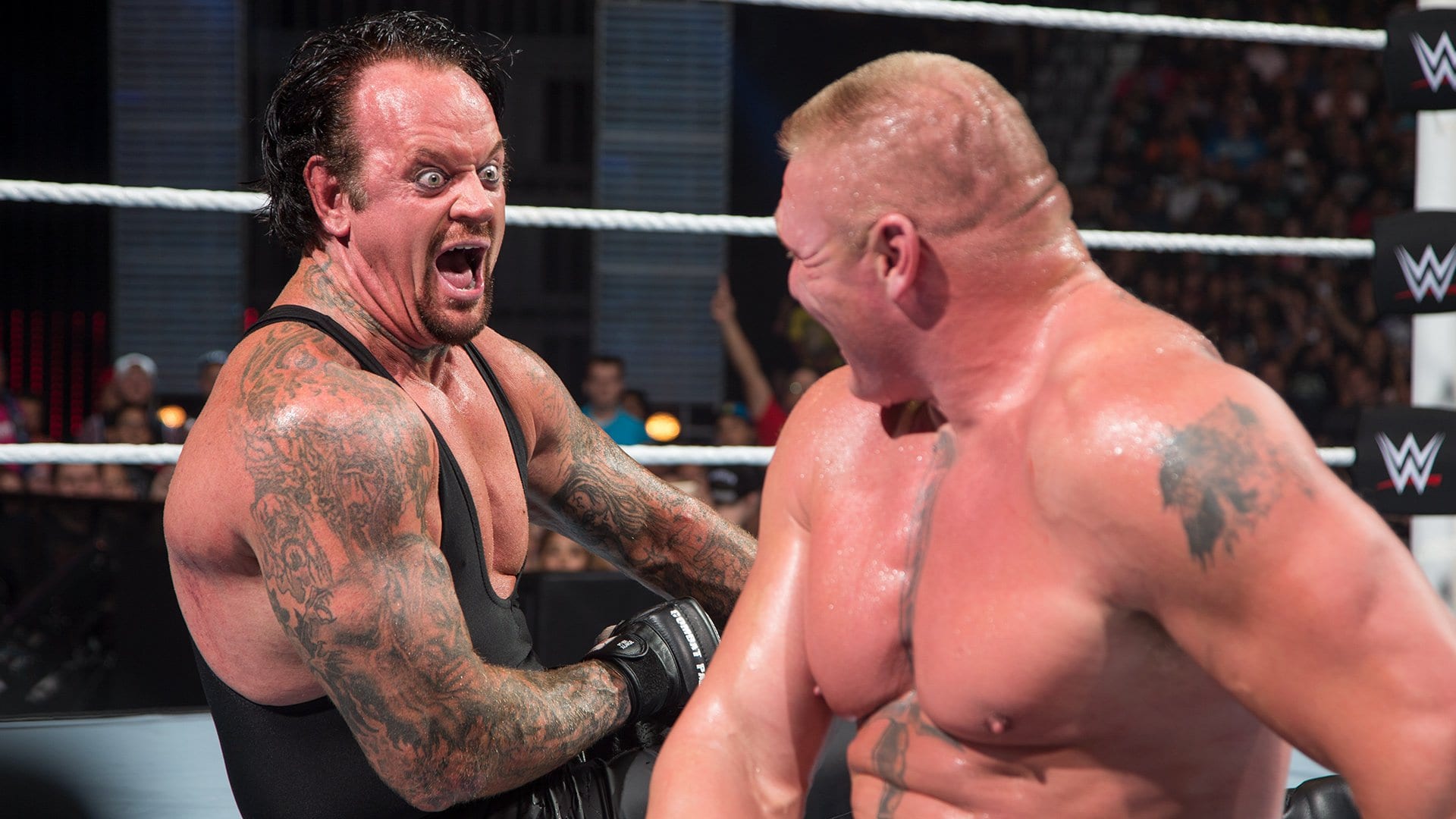 The Wrestling Observer Newsletter noted that the plan for this match was actually to pull the trigger in 2011 instead. It was said that Vince McMahon made a call to Dana White to confirm the match, but White hadn’t heard about this idea.

McMahon’s thinking was that Lesnar had already been cleared by Dana White to wrestle The Undertaker, but it didn’t happen. This was thought to be why Undertaker got first row tickets from White for a UFC event, but this wasn’t the case.

Dana White didn’t approve the match so it didn’t happen. That didn’t stop them from building some hype at the same time. While The Undertaker was doing an interview with Ariel Helwani, Lesnar walked by and they had some words.

All of this was orchestrated by Vince McMahon and everyone involved kept it as a big secret to work everyone into thinking this was a shoot. The match didn’t happen until years later and by that point, of course, they had to figure out another storyline to make the match happen.