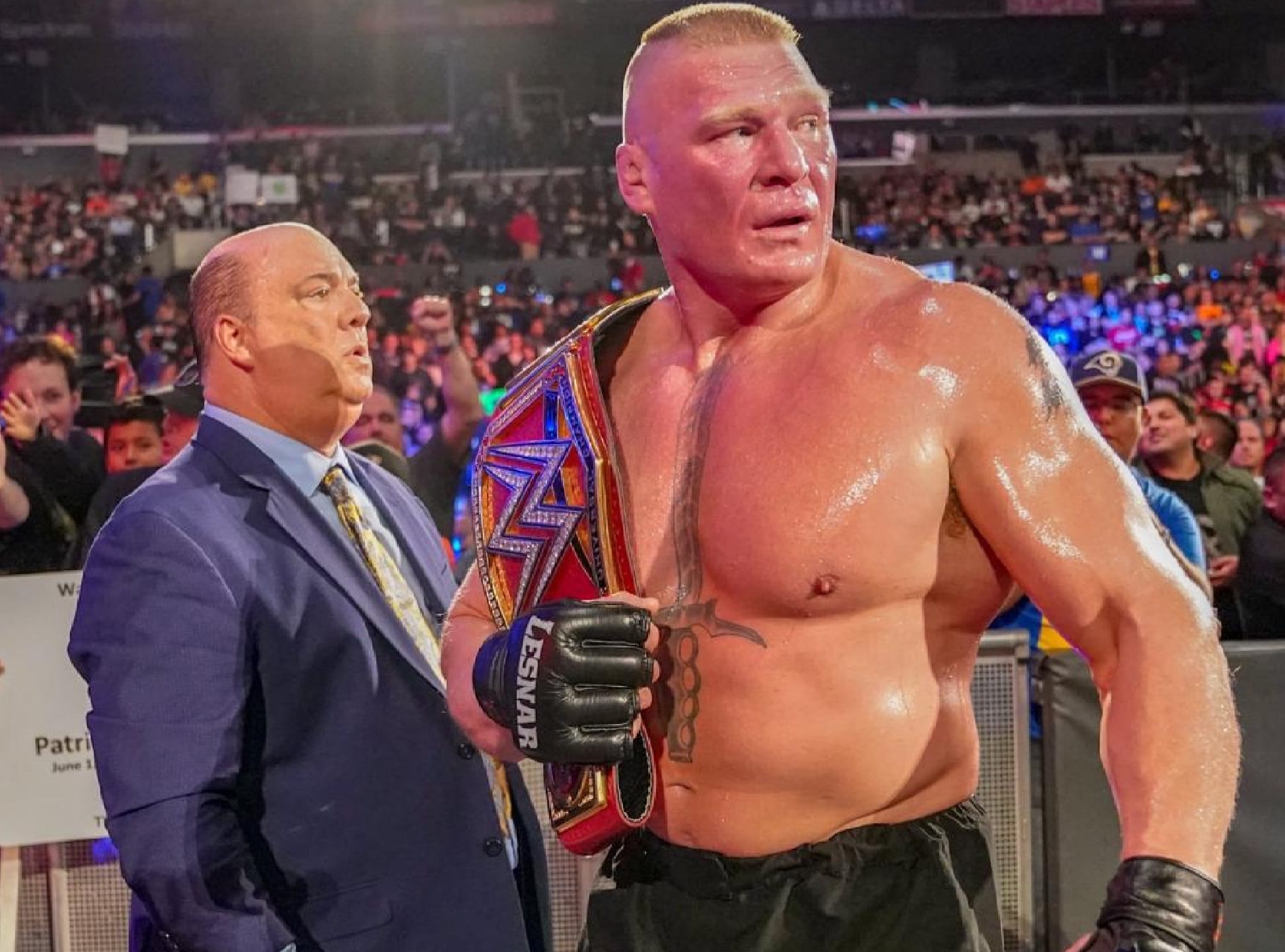 Brock Lesnar has a very unique deal with WWE. Not only is he allowed to fight in the UFC and he gets an amazing part-time schedule, but he is also allowed to have sponsors and put their logo on his ring gear.

Lesnar and Jimmy John’s, a sandwich shop famous for their cold cuts and other goodness, have been in a relationship for years. The Jimmy John’s logo has appeared on Brock’s ring gear on many important events and printed on the back of his Suplex City shirts as well. However, that changed recently.

The Wrestling Observer Newsletter noted that Brock Lesnar’s sponsorship deal with Jimmy John’s has expired. It was not renewed either. This is why the logo was missing from his trunks when he battled Finn Balor at the Royal Rumble.

Lesnar’s partnership with Jimmy John’s was grandfathered in and WWE let him keep the deal and promote them on television due to this arrangement. Now it looks like a space on Lesnar’s trunks could be on the market again provided WWE would allow him to take on a new sponsor while currently under contract.