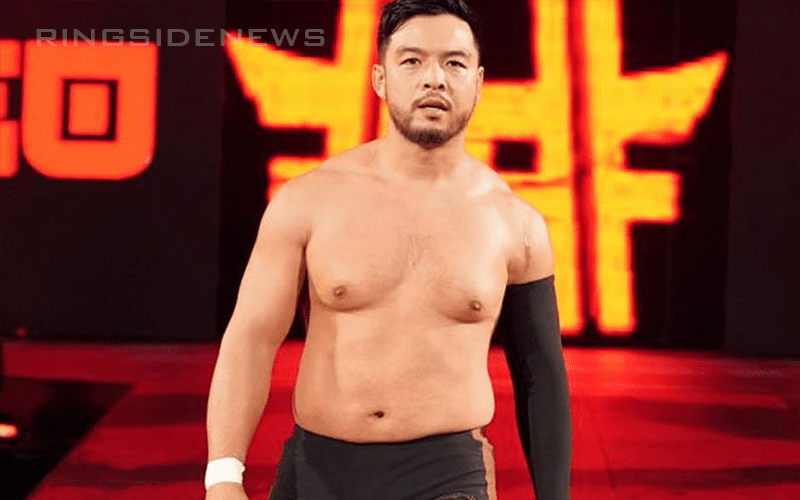 Hideo Itami came into NXT with a ton of steam behind him as Kenta and everyone knew about his legend. He did a lot in Japan and toured the United States working for American promotions on the indies, but things just didn’t pan out for him in WWE.

He was plagued by injuries and never reached the top of NXT as he came in during a golden era of the brand. He found himself on 205 Live, but now it looks like Hideo Itami’s time in WWE is over.

Fightful reports that Hideo Itami has requested his release from WWE. It is said that Itami will actually be granted his release with a 90-day no-compete clause as part of the separation.

It is said that Itami was unhappy creatively. That tends to be a common trend with wrestlers requesting their release recently including The Revival, Mike & Maria Kanellis, and Dean Ambrose.

Hideo Itami did wrestle on 205 Live tonight in a losing effort to Akira Tozawa. He sent out the following tweet, later on, to signify that this is the real deal and he is appreciative as well.

It should also be noted that Hideo Itami changed his Twitter name back to Kenta.