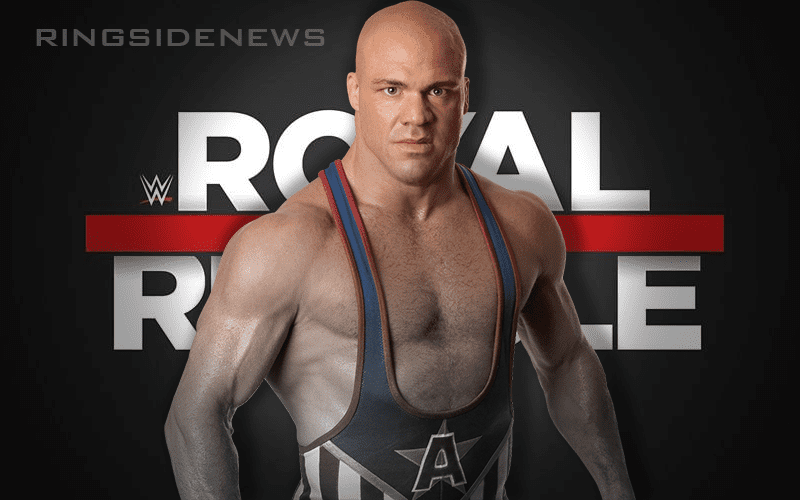 Kurt Angle entered the WWE Royal Rumble and got a big pop from the Chase Field crowd. They chanted “You Suck” at the WWE Hall Of Famer because that is the tradition. However, Angle wasn’t originally planned for the Royal Rumble match.

Dave Meltzer explained on Wrestling Observer Radio that putting Kurt Angle in the Royal Rumble for a short appearance was actually done late in the game. Unfortunately for Zack Ryder (or Zach Ryder depending on what RAW says) this meant that Long Island Iced Z needed to sit out this time.

“By the way, so Ryder for people who don’t know — here’s the situation with Ryder and actually Kurt Angle for that matter. In the Rumble, the idea was… the spot that Kurt Angle had in the Rumble was when they laid out and scripted the Rumble Zack Ryder was in that spot and it wasn’t until the day before of the day of the Rumble where somebody came up with the idea that I guess to bring him in.”

It was said that Kurt Angle was brought in the day before which we previously reported. However, it wasn’t until very close to the show when they decided to make the change. Angle did all of the spots that were planned for Ryder which is why he was in a “nothing happening place,” as Meltzer said.

So if you noticed that Zack Ryder was missing from the Royal Rumble he was there in spirit. He was just in the form of an Olympic Gold Medalist.