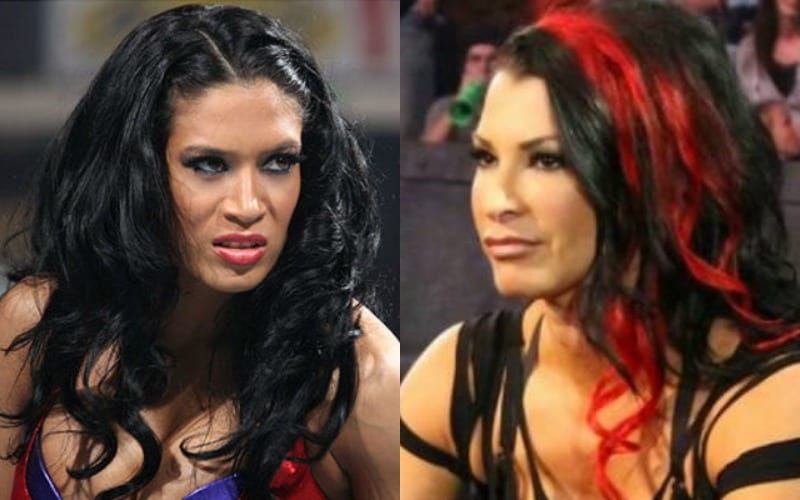 WWE’s Royal Rumble event was just last night and they had thirty women’s spots to offer Superstars. We saw a handful of NXT Superstars, but no legends from the past as we did last year.

Victoria and Melina both had notable careers in WWE, but they have not been brought back to WWE for any kind of retrospective, throwback night, or of anniversary celebration. Mike Johnson discussed this on PW Insider Elite audio en threw out some possibilities, but in the end, it’s anyone’s guess.

“I don’t know, maybe there is some heat on them. Maybe the people in charge of hiring them don’t want them maybe they want too much money, I don’t know.”

Victoria is wrapping up her in-ring career in 2019 so it appears as though she isn’t going to wrestle in a Woman’ Royal Rumble match. We will have to wait and see if Melina or Victoria are ever brought back, but maybe we should ask them.