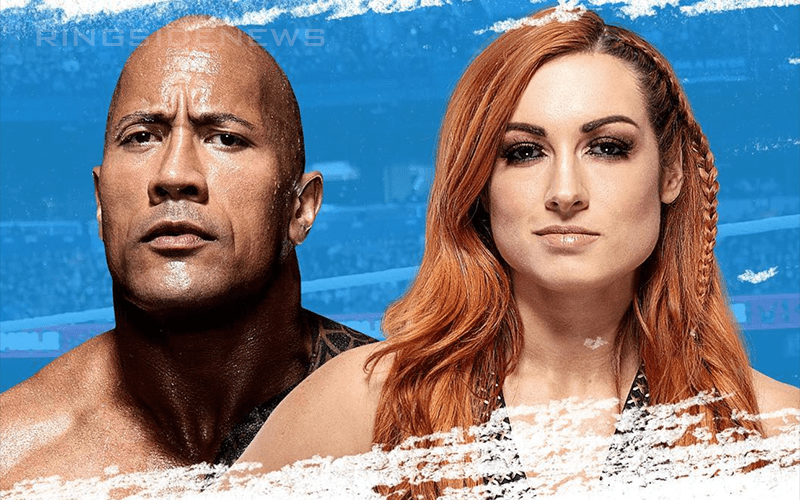 Becky Lynch may have lost her match against Asuka at the Royal Rumble last night, but she did win the second-ever women’s Royal Rumble match and solidified her spot at WrestleMania 35.

Before the event took place, “The Man” had a Q&A on her Twitter account. One fan asked when or if Lynch would ever step into the ring with The Rock. Lynch, of course, would take the idea into consideration.

The Rock would see this himself. He would respond to Lynch, teasing a match between the two. One night, one match- with the winner taking all. He jokes about the match finish, claiming he’d put Lynch over, but as you’ll see in the tweets below, the 2019 Royal Rumble winner takes his request seriously.

While this is likely nothing more than banter between two of the most popular wrestling figures around, WWE took notice themselves. On their Instagram account, they shared an edit based around the tweets we’ve showcased above, teasing a match between the two.

Would an intergender match between The Rock and Lynch interest you? Who would your prediction be- should Rock not go with the finish he mentions in the tweet? Let us know your thoughts, opinions, and reactions in those comments below.