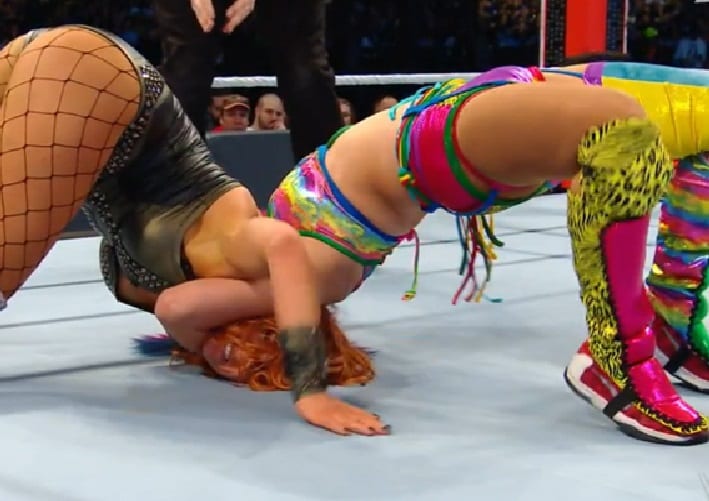 Becky Lynch wrestled in two matches during the 2019 Royal Rumble event. She lost a brutal match to Asuka by submission to kick off the main card, but Becky came back to win the Women’s Royal Rumble match later on.

Dave Meltzer noted on Wrestling Observer Radio that this storytelling device very well could resurface. Asuka made Becky Lynch tap out which is something that The Man and the fans might not soon forget.

“I’m gonna guess that Asuka tapped her because they want to set up Asuka vs Becky once Becky beats Ronda, but you still have to do some manipulation because Becky would be the Raw Women’s Champion and Asuka would be […] so they could move one of them over.”

It was noted that Asuka tapping out Becky Lynch might not be forgotten so easily. You also never know what can happen in WWE or what they might want fans to forget or remember depending on the creative direction they want to go in.

If you use the our quotes credit Ringside News