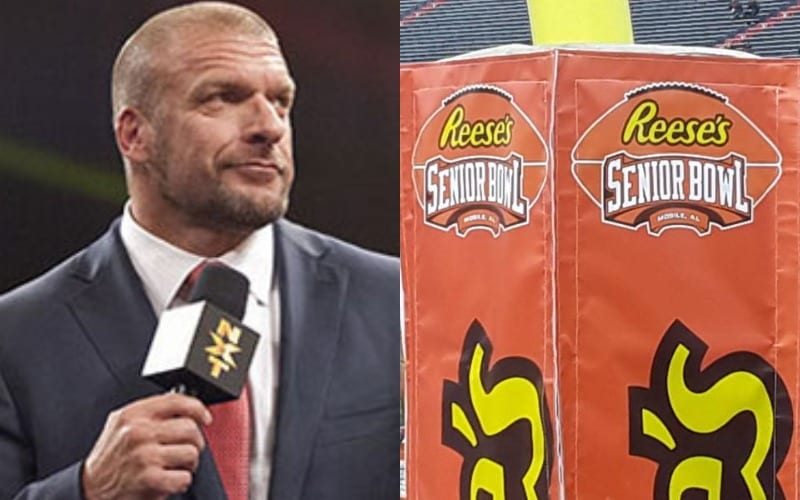 WWE is always looking to bring in the most talented people they can find. They are also interested in signing cross-over athletes and making them home-grown talents.

The company issued an open casting call for former football players recently as well. Dave Meltzer commented on Wrestling Observer Radio about WWE’s strategy to scout talent and they even showed up at the Senior Bowl to do so.

“WWE had people at the Senior Bowl. WWE, you’ve got to give them a lot of credit as far as now that they have so much money, you know they are going to be opening up these Performance Centers all over the world, but they are scouting hard.”

“Between this generation of indie guys who grew up watching the Kenny Omegas, Will , and the Ricochets, and the end of the Jerichos, and the Seth Rollins guys and everyone like that. Because every generation learns from the previous one.”

“Between those guys and between the NFL players and the gymnastics guys and they’re gonna get more in 15 years the WWE and all of wrestling is going to be so freaking great.”

The pro wrestling business continues to evolve at a rapid speed. WWE isn’t the only game in town bringing in top performers either.

Pretty soon there will be professional wrestlers working at a high caliber no matter what company you are watching. However, with WWE’s influence and money, it’s highly likely that they will be bringing in performers with more potential than ever before.

If you our quotes credit Ringside News