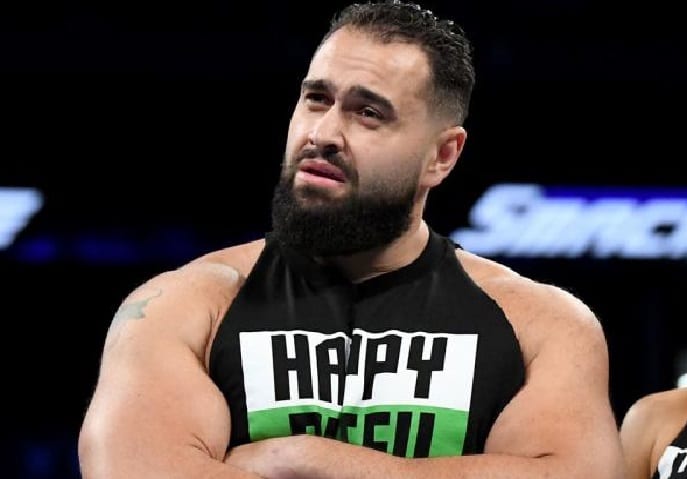 Rusev worked incredibly hard to become a WWE Superstar. When he first came to America from Bulgaria, Rusev just wanted to wrestle and now he is a champion in the biggest company on the planet.

The United States Title will be defended on Sunday in Phoenix, but if you want to see the match then you’ll have to tune in early. Because Rusev will defend his title on the Kickoff Show against Shinsuke Nakamura, the man who won the Royal Rumble match last year.

One fan thought it would be clever to send out an animated gif showing Rusev’s WrestleMania entrance where he rode a tank to the ring. He said this should be Rusev’s Royal Rumble entrance, but he didn’t expect the Bulgarian Brute to actually reply.

It looks like Rusev is well aware of the fact that the kickoff show isn’t the best spot on the card. Either way, he will defend his United States Title against Shinsuke Nakamura in the best way they can with the time given to them complete with commercial breaks while Chase Field fills up with fans.