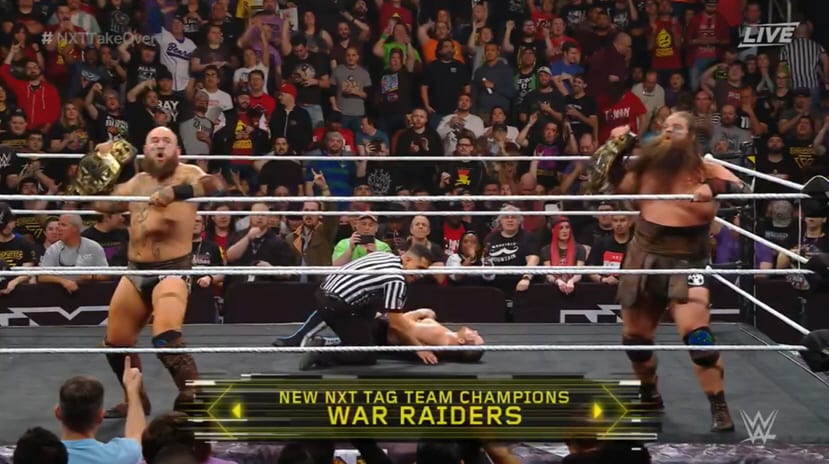 The War Raiders received an amazing entrance at NXT TakeOver: Phoenix. This should have been a huge sign that they would defeat The Undisputed Era for the NXT Tag Team Titles and it happened.

This was a back and forth match in many ways. The running theme was that Hanson and Raymond Rowe are beasts.

One spot in the match saw Hanson go for a suicide dive where he crashed and burned after both members of Undisputed Era was able to get out of the way. Thankfully, Raymond Rowe was able to handle himself until Roderick Strong nailed a backbreaker to take control.

These two teams took each other to the limit and performed a wide array of moves while the match carried on and the Phoenix crowd chanted “This is awesome.”

In the end, after several near falls, The War Raiders won the titles to become the new NXT Tag Team Champions.