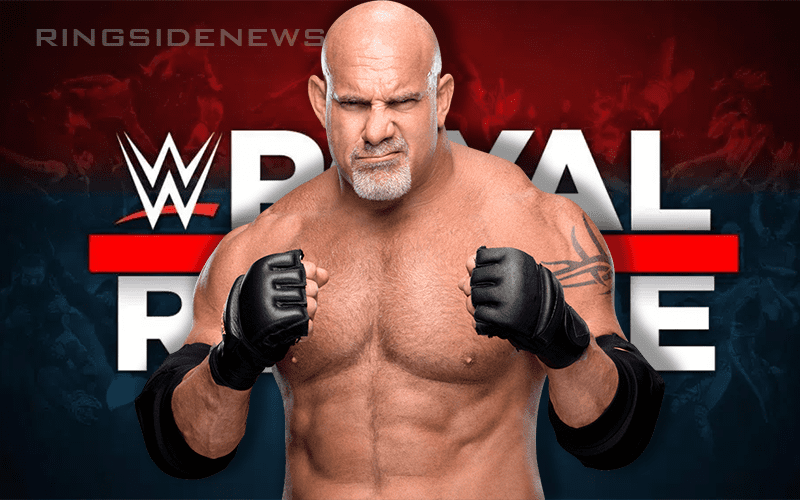 Goldberg returned to WWE for a run with the WWE Universal Title through WrestleMania in Orlando. He lost the title to Brock Lesnar and then celebrated with his son after RAW on the next night. That was Goldberg’s return run and it was capped off with a WWE Hall Of Fame induction (even though he thinks the WWE HOF is stupid).

Mike Johnson revealed on PW Insider Elite audio that even if Goldberg was in WWE’s plans for the Royal Rumble pay-per-view this year nobody would likely know about it anyway. However, there has been no sight of Goldberg in Phoenix yet.

“Throwing this out there since a lot of people asked me about him. No sign of Bill Goldberg among anyone that I have spoken to and if Goldberg was going to come in for this they would fly Goldberg in under the cover of darkness.”

“As you saw in the Goldberg documentary about his return run through WrestleMania in Orlando Goldberg flew privately and I was told that this was something that WWE has given him out of respect.”

Johnson continued to note that considering how WWE flies Goldberg where they need him under a fair amount of secret then it’s not likely we will know anything until he does or doesn’t show up. Because nobody is likely going to be spotting Goldberg at an airport in Phoenix if WWE is flying him in for the Royal Rumble.