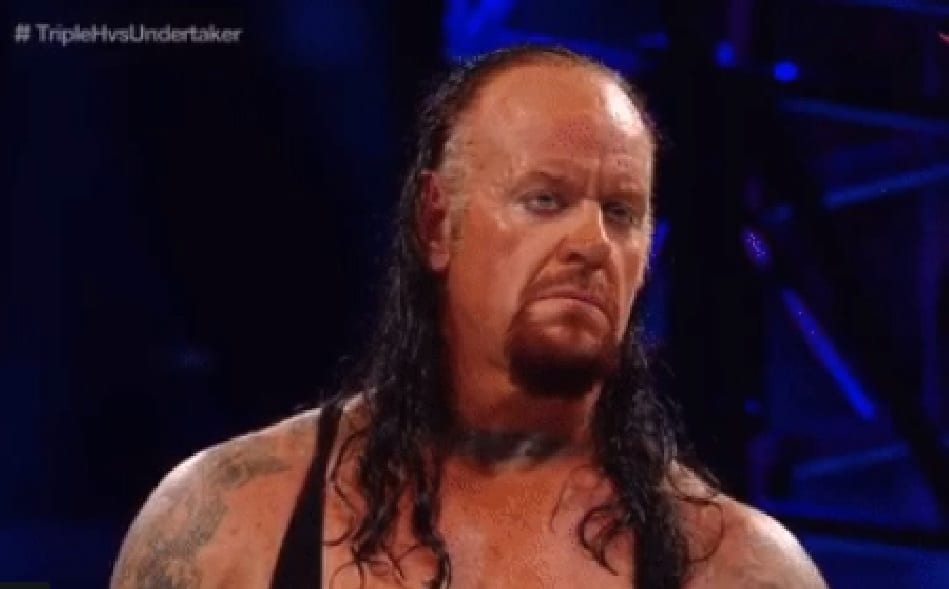 The Undertaker dug holes throughout his entire career for all of the souls that he buried at WrestleMania. He has lost twice in his career at WWE’s biggest show, once to Brock Lesnar and a second time to Roman Reigns. However, it looks like he won’t be working this year’s show.

The Wrestling Observer Newsletter notes that The Undertaker is not factored into WrestleMania plans this year. It is that “Right now the proposed top of the card for WrestleMania does not include an Undertaker match this year.”

Taker’s last match at this point was at the WWE Crown Jewel event in Saudi Arabia where he teamed with his kayfabe brother Kane against Triple H and Shawn Michaels. WWE hasn’t teased a WrestleMania match for The Dead Man as they have in years past either.

At 53-years-old, The Undertaker has done a lot in his career and is a bonified legend. He might not be working Mania this year, but he is still staying in the public eye as he does appearances and also recently posed for a picture with Impact Wrestling stars.