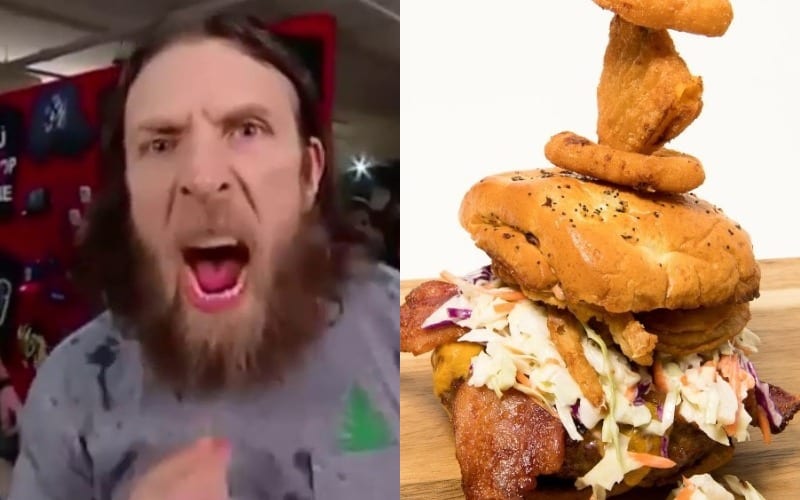 All Chase Field was trying to do was celebrate the Royal Rumble with a massive heap of meat and fried accessories with plenty of cheese and anything else they had in the kitchen.

Seth Rollins really wants one of those massive burgers, but Daniel Bryan was livid about the Royal Rumble burger. It angered him, even more, when Chase Field replied to his comment saying they were just giving the people what they want. So The New Daniel Bryan replied and laid down a pretty steep challenge in the process.

“An excuse every tyrant in history has made. The reality is you just want to line your pockets. Prove me wrong by giving 100% of the profits from the Royal Rumble Burger to @PhxChildrens or similar charity. THAT is what people want #ChallengeCorporateElite”

Chase Field donating their profits to charity might be incredibly noble. Or maybe they could just give away some leftover Royal Rumble burgers after the show is over. However, with the amount of press that burger is getting they’re likely to sell out. According to Daniel Bryan, they already have sold out.