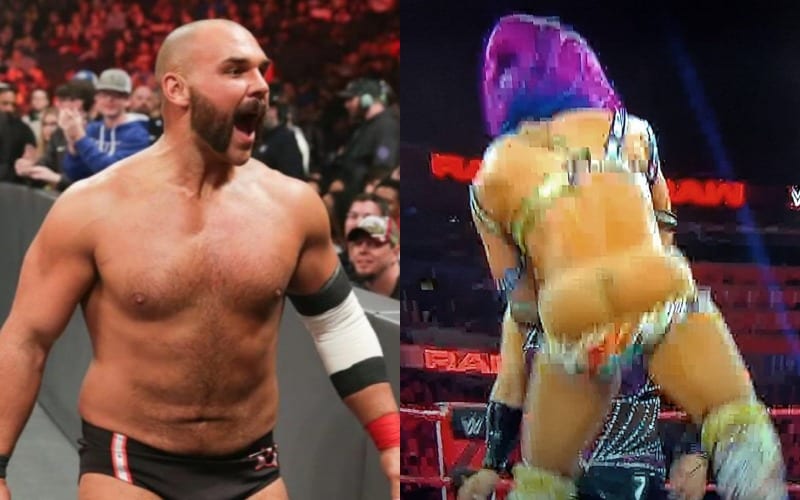 Sasha Banks had an unfortunate incident on RAW this week. She was trying to wrestle Natalya and Ronda Rousey in a tag team match with Bayley, but The Boss’ ring gear didn’t cooperate.

Banks’ tights fell down revealing her sheer undergarments. RAW actually cut the video feed for a couple of seconds because of it. Plenty of people paid attention to this including The Revival’s Scott Dawson. Of course, Dawson had his own take on things.

“Guys, my trunks fell down and exposed my butt two weeks ago on Raw and no one said ANYTHING!”

This was a pretty interesting way to see things from Dawson. We will have to keep a closer eye on wardrobe malfunctions in WWE if they really are that common of an occurrence. The Revival and Sasha Banks are close, so we can only imagine they have some amount of empathy for her.