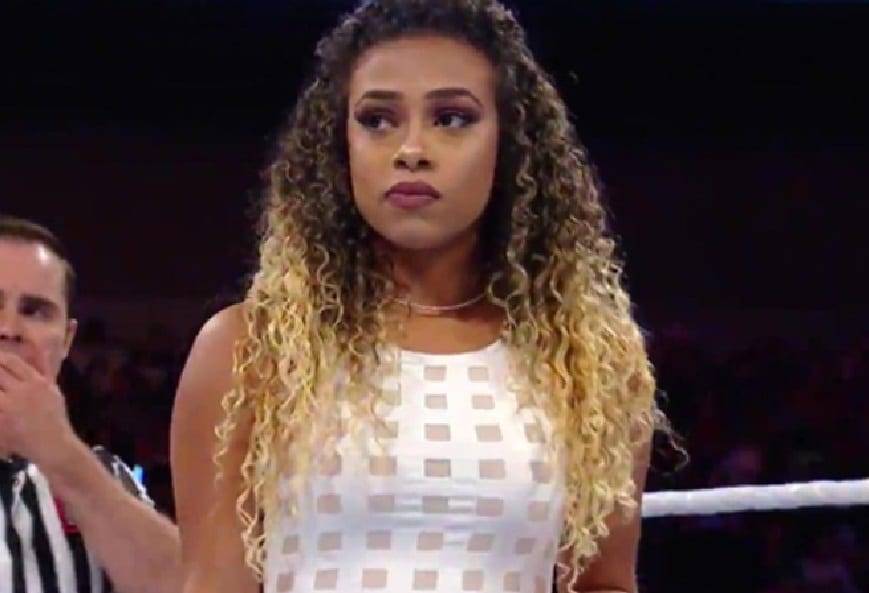 Some fans have noticed that WWE RAW announcer JoJo Offerman hasn’t been on television for the last couple of weeks. Her voice is usually announces, “Ladies and gentleman, Elias” to the crowds, but Mike Rome has needed to fill in recently.

Mike Johnson addressed JoJo’s absence on PW Insider Elite audio where he confirmed that she is still with the company and just dealing with a personal situation.

“I am told that there is nothing wrong as far as heat or anything. She has just been off the road for a couple of weeks and I was told it’s just a personal situation and she is still employed by the company.”

We do miss JoJo’s announcing and hope that she will be able to work out whatever she is going through. Her boyfriend Bray Wyatt could also return at any time. Until JoJo comes back, Mike Rome will be filling in for her ringside announcer duties which he has adopted quite a knack for.