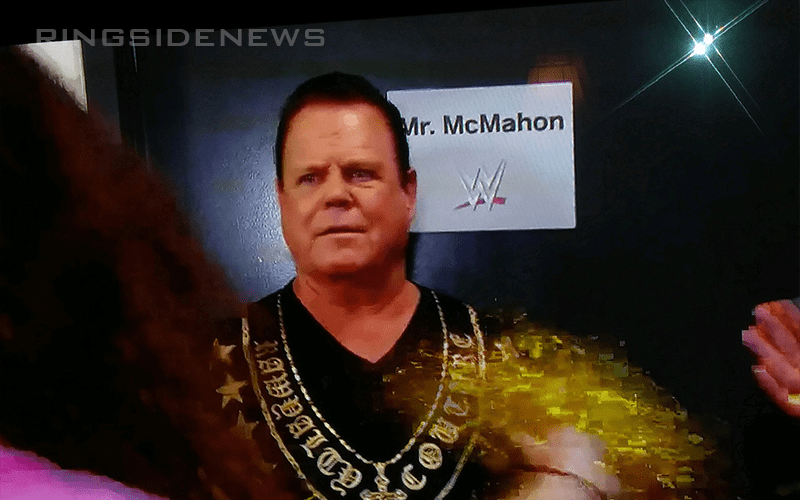 Jerry Lawler made a surprise appearance during WWE RAW this week. He hasn’t been seen on the show much since leaving the commentary position, so his name brought a big pop.

The show was in Memphis last night which is the city Jerry Lawler is still very much a King in. Dave Meltzer noted on Wrestling Observer Radio that this was the only reason why Lawler was in the building and showed up on screen.

“It was Memphis and they’re looking for a cheap pop, that’s really why he was there. Yeah, that’s a good one that Lawler got a raise, can you imagine?”

Jerry Lawler did sign a new two-year deal with WWE, but that’s not why he was in Vince McMahon’s office. Still, it’s great to see Jerry Lawler, no matter why WWE makes a decision to use him on camera even if No Way Jose and his conga line interrupts things.