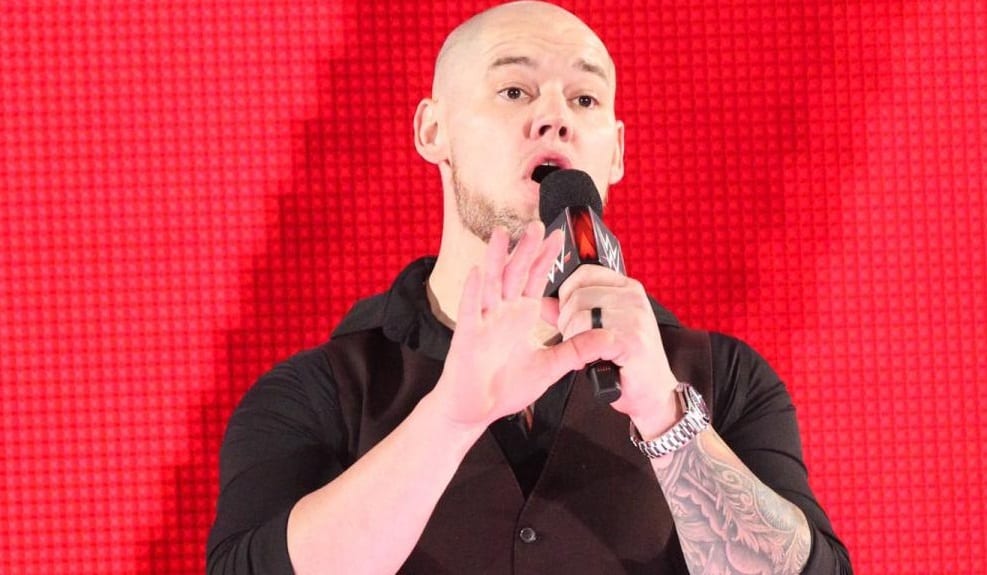 Baron Corbin is no longer the General Manager of RAW. You couldn’t tell by his ring attire though as he still comes to the ring dressed like a TGI Fridays bartender.

Since Corbin lost his GM position at WWE TLC, he hasn’t gone away at all. In fact, Corbin is still one of the top heels on RAW. Lance Storm wanted to know why Baron Corbin is keeping his old ring gear and Dave Meltzer replied with WWE’s reasoning.

“His body isn’t pretty enough so they disguise it.”

Although Lance Storm had an idea that WWE could dress Corbin in business casual, that doesn’t seem to be the point. WWE reportedly wants to keep Baron Corbin covered, so that’s your alleged reason why Baron Corbin has hung onto his GM attire.