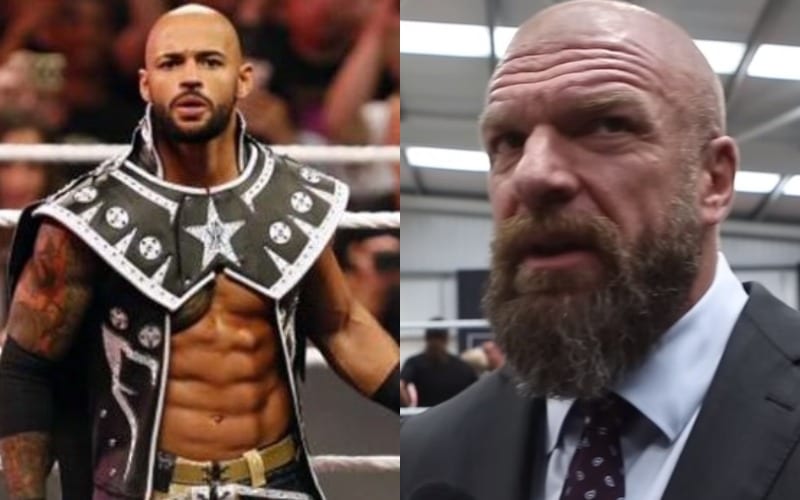 WWE has set up their own internal system of training that feeds directly to their main roster shows. They will take someone off of the independent wrestling scene who has a lot of experience and performers will still need to spend time in NXT before they are deemed ready.

Inside The Ropes recently had a chance to speak with Triple H. During their conversation, Triple H said he wanted to do away with saying “main roster” in regards to being called up.

NXT is just another brand for WWE much like Raw or SmackDown. However, some Superstars need the training that the WWE Performance Center can offer which is why they spend time in developmental even if they have a decade of experience already.

Triple H told a story about Finn Balor when he first came to the WWE Performance Center. After a day of working on his character, Triple H saw Finn leaned against the building and he asked him if he was okay. Finn said he was overwhelmed with everything because he wasn’t used to talking before coming to NXT, let alone trying to take so many other production aspects into account.

Ricochet is a great performer, but as The Game continued, he too needs that extra polishing up before he will be ready for Raw or SmackDown.

“You say why is Ricochet there? Because Ricochet is a great in-ring performer that was, the same thing he was petrified to put a microphone in his hand and have to talk with it. If I said to him look at the jib camera he’d be like, ‘What’s a jib camera?'”

“That’s a process. It’s a process that everybody has to go through to make them something more. It’s not always about, ‘Oh we need to make you a better wrestler.’ Right?”

“Some people say, ‘Performance Center? Why does he need it? He’s been in the business for fifteen years.’ I had another performer tell me the same thing we worked with him for a very short time. He debuted in NXT and he came back to me and said, ‘Dude, I just did a one-minute entrance. I’ve been in the business for fifteen years on a show that was carried nationally on a high level and I’m after a minute and thirty-second entrance than I have been in my entire career, holy cow.'”

“That’s what that is. The ones who are going to be willing to be open to that, growth is painful and the ones who are willing to do that and take things to another level. I’ve been in the business thirty years and I feel like I learn something new every day.”

WWE has some big plans to take over the world one Performance Center at a time. Superstars might come in with years of experience, but they are fresh to WWE’s way of wrestling.

The goal of these Performance Centers is to not only teach professional wrestlers how to wrestle like WWE Superstars, but it is also to help hone their skills so they can be better performers.

WWE knows how to put on a show and the WWE Performance Center is set out to make sure that everyone who steps foot in the door learns the art of the business, regardless of whether they might actually be ready for much bigger things.