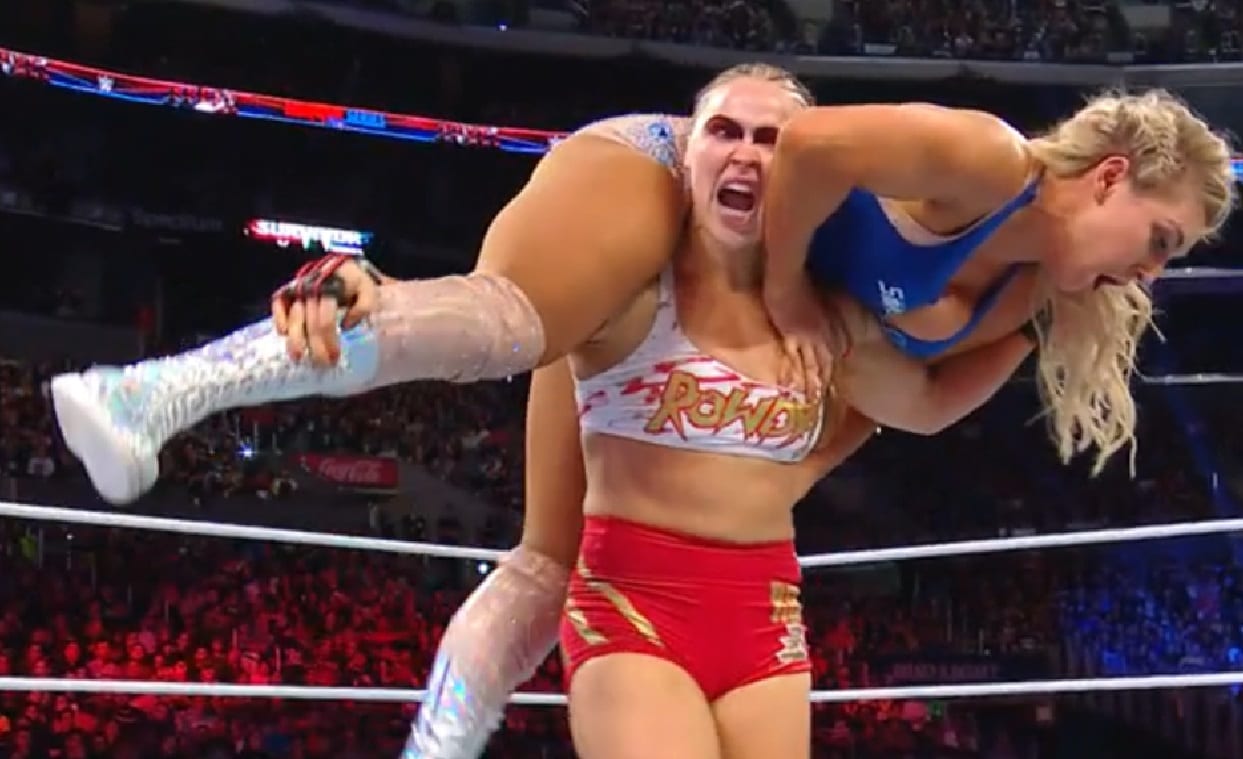 Ronda Rousey is the face of WWE now. She is the one appearing in mainstream markets on national talk shows and she’s the RAW Women’s Champion. WWE had an idea for a Royal Rumble match with Rousey vs Charlotte Flair in a Survivor Series rematch, but that apparently changed.

Dave Meltzer explained on Wrestling Observer Radio why Ronda Rousey’s Royal Rumble opponent was changed to Sasha Banks this week. Apparently, Rousey does want to face Banks, but WWE could have other ideas later on as well.

“So they revamped the Royal Rumble card and that’s where you know originally it was going to be Ronda Rousey and Charlotte as they did all those interviews to build for it. That was changed.”

“Ronda Rousey does want to work with Sasha Banks, she likes her. She thinks she’s good so that is a shoot.”

Now there is a new Royal Rumble title match to send Rousey on to WrestleMania likely as RAW Women’s Champion. We will just have to wait and see how many opponents Rousey will be facing at Mania.