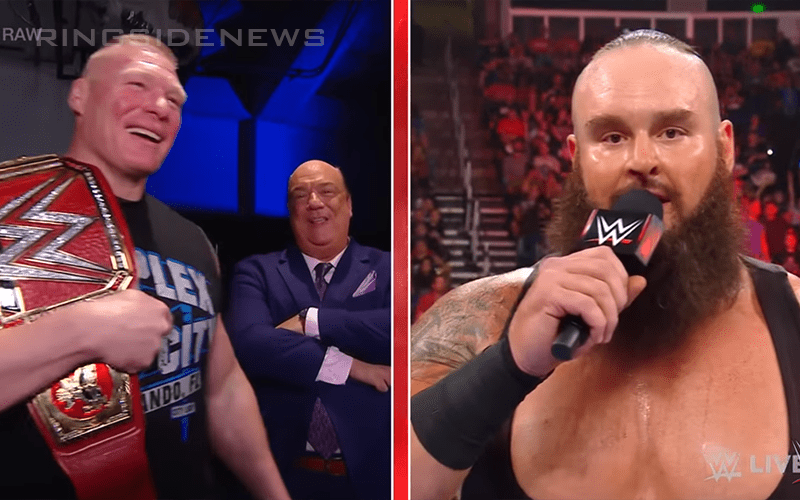 Braun Strowman took the ring on Raw this week in WWE’s first live broadcast of 2019. Unfortunately, the segment that they produced didn’t deliver on many levels at all.

He still hasn’t been cleared for an in-ring return, but Braun was on the show anyway. If it seemed like Strowman might have been a little out of his element there could have also been a reason for that. Because as Bryan Alvarez said on Wrestling Observer Live, The Monster Among Men forgot his lines.

“Strowman’s a big guy, people like him. He doesn’t those trainwreck segments that everybody things is great. The reality is he’s not your top guy. He cannot deliver in the ring unless you’ve got gimmicks. Straight professional wrestling matches I mean he’s not top level.”

WWE Superstars are handed a script of lines to memorize and sometimes that can be pretty hard to take in and get just right. It looks like Braun might have a long way to go before he can be trusted with a lot of segments. Maybe he was just having an off-night, but he certainly seemed like there was something wrong in Orlando.