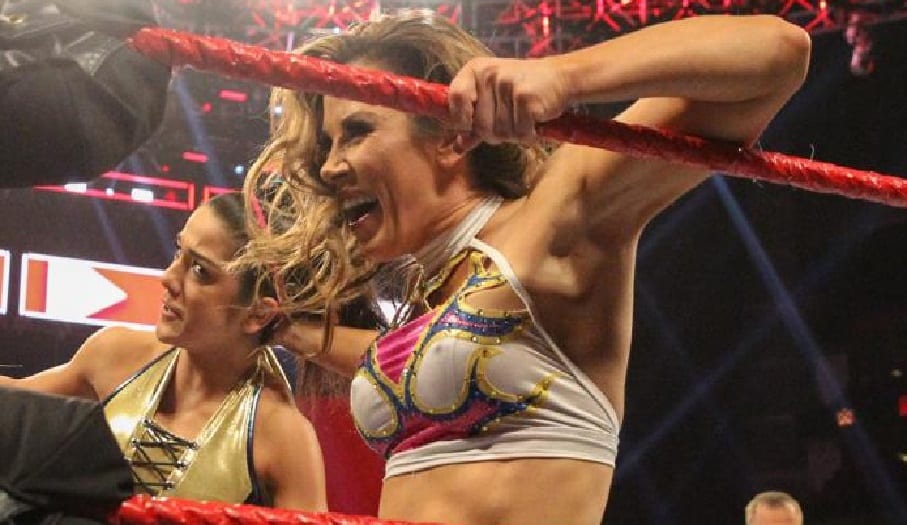 Mickie James is a veteran performer with a lot of time under her belt. She has competed at WrestleManias before the Women’s Revolution and was in a marquee match during the first-ever all-female WWE pay-per-view Evolution.

James has done a lot in her career. Mickie also breaks her own record every time she competes on RAW. If you ask her, she’s also carried her partners as well.

During a recent Twitter post, James mentioned how her back was hurting, but it wasn’t due to the damage she sustained in the ring. Instead, it was because she was carrying “greenhorns” during their matches while pointing a finger at Sasha Banks, Bayley, and Ember Moon specifically.

“3 days… 6 matches… my backs hurts! Not from the bumps for these humps… just from carrying all these greenhorns… ps… I’m talking to you @SashaBanksWWE @itsBayleyWWE & @WWEEmberMoon.”

That was a pretty bold statement to make. However, as a veteran, she is certainly allowed to have that kind of opinion. The real question is do you agree with Mick James?