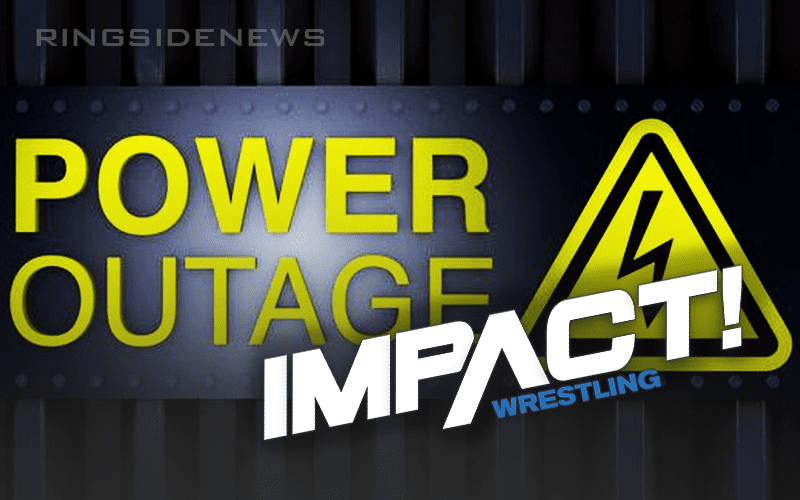 Impact Wrestling is recording a couple of episodes of their television show tonight. They got one taping out of the way just fine, but during the second episode, they hit a big snag.

The power went out and everyone was left in the dark. Eli Drake was said to be in the ring when this went down. During the blackout, Crazzy Steve actually made his Impact Wrestling return as well.

“Impact blew out the power to the truck. Tommy Dreamer came out and announced it as Eli Drake was having mic problems. They are sending out another match now and I think Eli will do his bit later.”

Impact Wrestling staff was handing out free calendars to fans as a way to make it up to them for the inconvenience. Others just decided to leave.