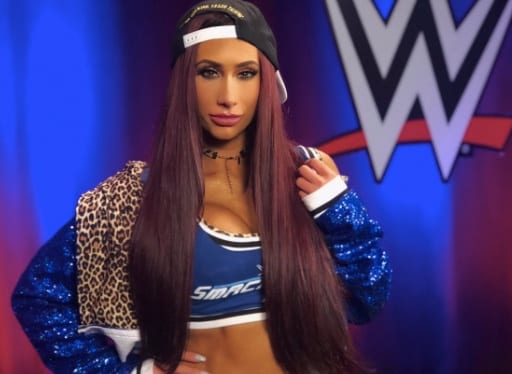 WWE superstar and former SmackDown Women’s Champion Carmella has never been one to hold her tongue, and she isn’t about to start now as gear up for the Road to WrestleMania.

The former NXT stand out has the chance to work her way back into the title picture this week on SmackDown Live, as she prepares to face Becky Lynch and Charlotte Flair in a triple threat match. If she wins, then she’ll go on to face Asuka for the belt at the Royal Rumble pay per view.

Prior to tomorrow night’s encounter, though, she’s made sure to remind the world of what she’s capable of – and in addition to that, she’s also taken a fe shots at her opponents.

Some fans have stated that they feel like Carmella has fallen down the ladder ever since being put together with R-Truth, but it feels like that couldn’t be any further from the truth (pun not intended). She’s still on television, she’s transitioned into a likeable babyface role, and she’s set to enter at number 30 in the women’s Royal Rumble match next month.

Of course, if she wins this triple threat match and goes on to defeat Asuka, then that’ll likely throw all of the plans up in the air.

It feels like there’s still a lot more for Carmella to accomplish in WWE, and we’re intrigued to see whether or not she’ll be given the chance to showcase her mic skills prior to the match on Tuesday. If she does, then she may be able to remind the masses why she became champion in the first place.