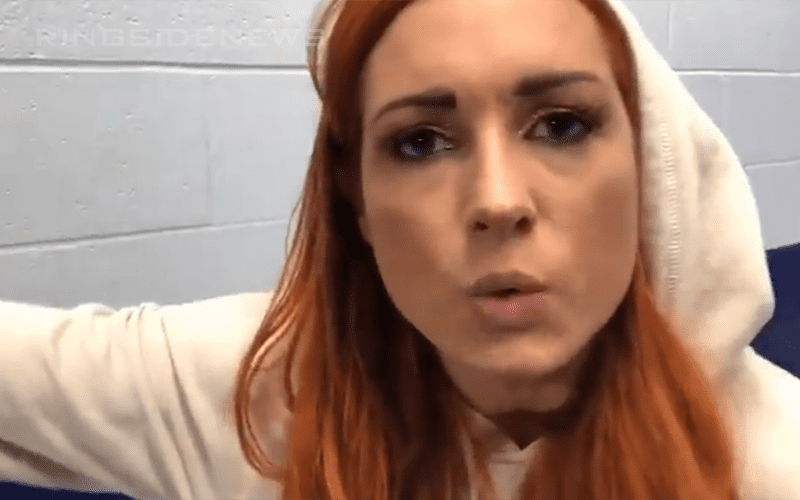 WWE posted footage of Becky Lynch cutting a promo where she talks about her upcoming match against Charlotte Flair and Carmella on this week’s episode of SmackDown Live. Becky also takes a shot at Asuka’s title reign and indicated that the prestige of the title has gone downhill since Asuka has had it.

“Yeah, I’ll give you my thoughts. So I see all the paths that lead to WrestleMania, but I see that the title I made the hottest thing in all of WWE has gone downhill since Asuka has it. People might say, ‘Oh, Asuka only had it a month give her a chance.’ I had it for a day and it was the hottest thing in all of the entire industry. So come Tuesday I will beat those two dopes. I’m going to become the number one contender and then I’m going to steal the show at WrestleMania because that’s what I do. Unlike the chosen ones, I have to stay on top because anything less than that I get pushed down where they think I belong. It happened the last time I lost my title. Well, I’m going to fight the entire world and everyone in it to make sure that doesn’t happen.”

(Please credit Ringside News when using the above quotes)