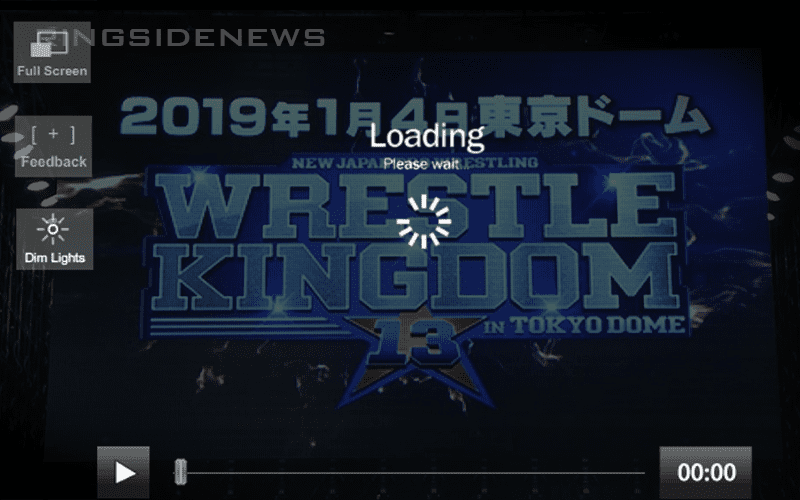 Wrestle Kingdom is the answer to WWE’s WrestleMania. The show takes place in early January every year, and usually boasts the most memorable matches of the entire year.

With a card showcasing Chris Jericho vs. Tetsuya Naito and Kenny Omega vs. Hiroshi Tanahashi as the two main events of the evening, Wrestle Kingdom 13 had high expectations from fans- and to some, the show delivered. To others, not so much.

Throughout the show, social media was ablaze with comments from fans using the NJPW World service, as many had issues with being able to watch the show they stayed up late to watch. Though the show had many highlights- including all eight Championships changing hands, there were many left disappointed by how NJPW dealt with the server issues.

As Ryan Satin over on Pro Wrestling Sheet managed to translate, NJPW had the following response in regards to those affected by the server issues:

“During the period from 16:00 to 17:20, access was concentrated, making login and new registration difficult.”

“The server faced too much. We sincerely apologize for any inconvenience to our customers.”

Were you affected by these server issues? What match was your favorite? Let us know your thoughts, opinions, and reactions in those comments down below.