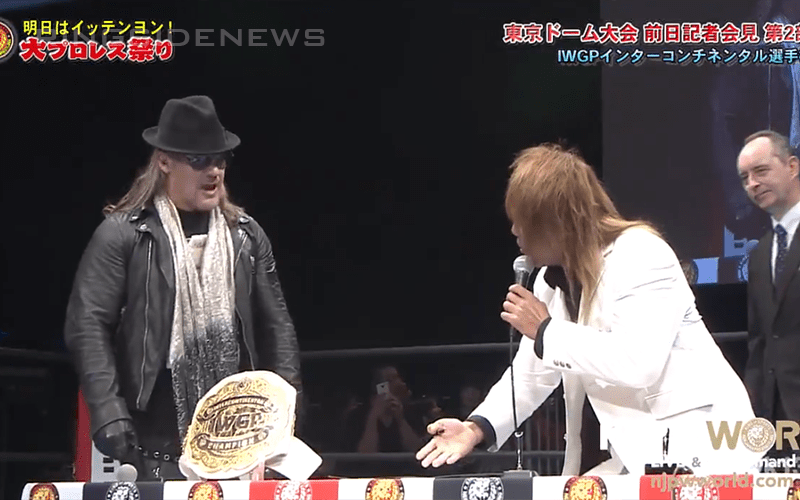 Chris Jericho’s match against Tetsuya Naito tomorrow at Wrestle Kingdom 13 was always going to be one of the most intriguing encounters on the card – but now, it’s even more must watch.

Y2J will be defending his IWGP Intercontinental Championship against Naito at the Tokyo Dome, and he’ll be doing so in a No Disqualification match. The stipulation was officially added during the Fan Festa event, and will likely ensure that this match is one of the most hard hitting on the show.

Jericho’s return to Japan has been great for business in regards to both parties, and it seems as if he’s not even close to being done just yet.

Many fans are predicting that it’ll be Naito who walks away with the title from the big show tomorrow, but you just never know with Y2J. One minute it seems like he’s going to go in one direction, then he swerves us all and goes in another.

Jericho has also been heavily linked with the new All Elite Wrestling promotion, with some reports suggesting that he’ll be involved alongside Jim Ross.

Regardless of whether or not that turns out to be true, it’ll certainly be interesting to see what the next 48 hours or so holds for Chris. He has never been a guy who likes to play by the rules and his passion for the business speaks for itself – so maybe, just maybe, he’ll do something that shocks the world once again.

Y2J/Naito will likely serve as the co main event for WK13.