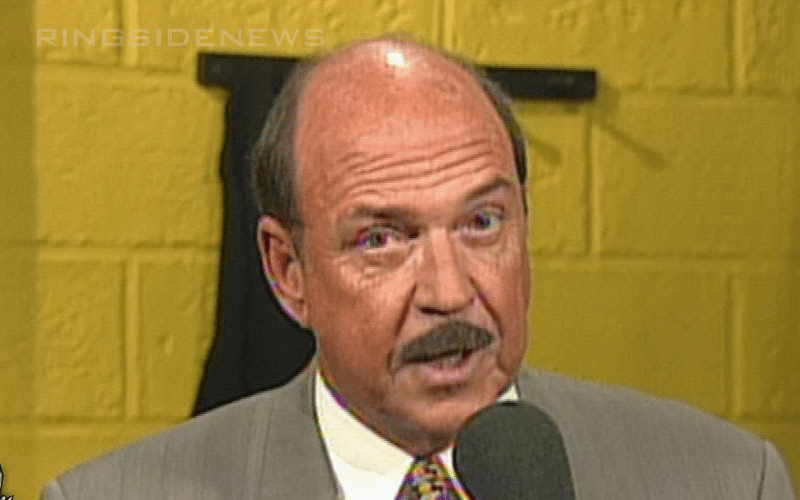 The world is still mourning the loss of “Mean” Gene Okerlund, who was a mainstay in WWE for many, many years. During his time with WWE, Okerlund was able to make a plethora of friends among Superstars and personnel alike.

One such friend Okerlund made was Scott Stanford. Stanford has had many duties with WWE over the years, but is currently the host of “This Week In WWE,” which you can generally find on the WWE Network. Stanford worked with Okerlund a lot during Okerlund’s days in front of the camera, and the two formed a friendship that would last for Okerlund’s remaining days.

Stanford also serves as the Sports Anchor over at PIX11 News. This New York station has been around since 1948, and Stanford has been with them for some time. During the most recent edition of the news broadcast, Stanford played a tribute to Okerlund in what was a touching video.

The tribute video was ultimately shared on social media by Stanford, who wanted others to see what he had to say about the legendary personality. Check it out below:

What are Okerlund’s most memorable moments to you? Did you like Stanford’s message? Let us know your thoughts, opinions, and reactions in those comments below.