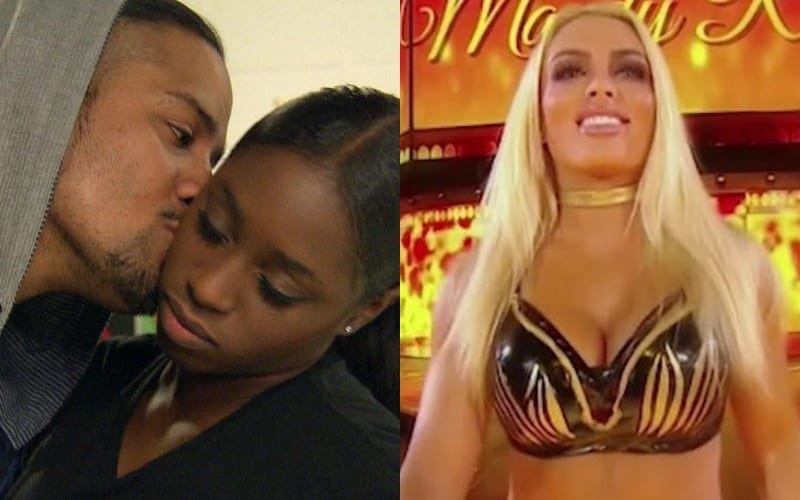 Mandy Rose is primed for a big push in WWE and it looks like she might be getting it with a bit of a controversial storyline. At this point on SmackDown Live, she’s feuding with Naomi who happens to be married to Jimmy Uso. It appears that Rose might be trying to hurt The Glow at home.

On a recent episode of SmackDown Live that aired on Christmas Night, Mandy Rose created a bit of a scene with Jimmy. Naomi had to run her off and then Jimmy had a little mistletoe surprise for his wife.

However, Mandy Rose isn’t buying it as she tweeted out:

We all know what he really wants…

You never know how far this feud might go. It likely won’t go full Jerry Springer because the days of TV-14 programming are over. However, this rivalry doesn’t seem like they’re going to be losing steam anytime soon.