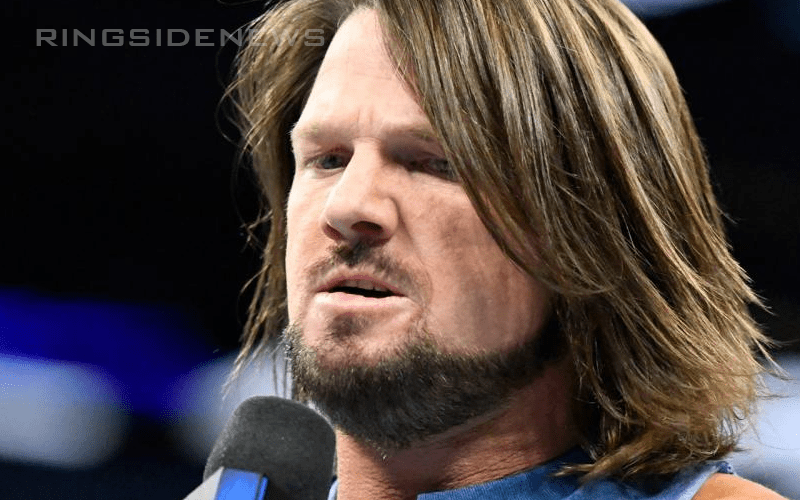 AJ Styles concluded the Christmas Day episode of WWE SmackDown Live in a very unexpected way. Fans thought we knew everything that was going to happen because of the in-depth spoilers we provided, but WWE had a special pre-taped segment in store for fans.

Vince McMahon approached AJ Styles backstage and wanted to hype him up. He spoke about a black hole in Styles and encouraged him to let the aggression out. It was a very familiar sounding speech from McMahon.

Then Vince McMahon slapped Styles and the former WWE Champion returned fire in a big way with a punch to The Chairman’s face.

McMahon was sent to the ground and WWE officials were right on the situation to stop AJ Styles from doing any more damage to the boss. McMahon said he’s “good” and that was that.

Now Styles is breaking his social media silence with a very short statement.

This could be a very interesting story as Styles’ character morphs in 2019. Only time will tell what WWE’s real intention and direction is for this sudden turn of events, but it will keep us watching the blue brand to find out what’s next.