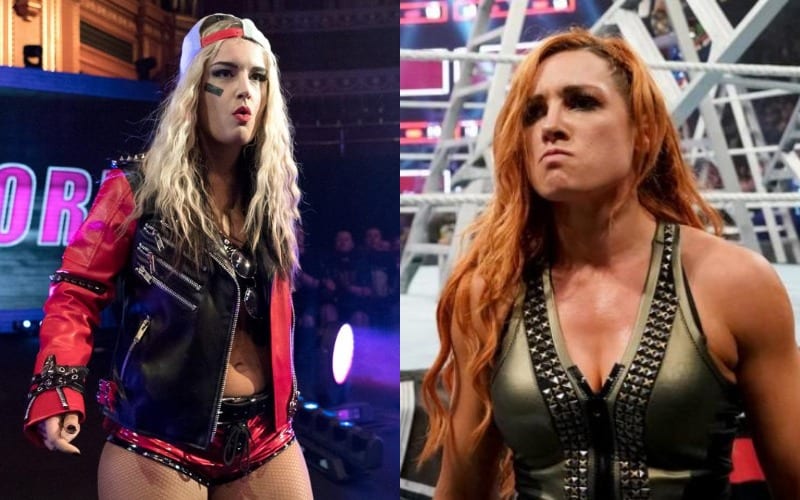 Becky Lynch ended 2018 in a big way and she’s looking to make next year even better. Toni Storm also saw a huge career move in 2018 as she finally ended up in WWE.

While speaking to Express in the UK, Toni Storm talked about how much she wants to face The Man. She said that Lynch and Charlotte Flair are on another level, but Storm would certainly like to be up there with them.

“I hope to eventually step into the ring with her because I feel the biggest competition at the moment is Becky Lynch.”

“They’re both kind of level right now but in the last few weeks especially Becky Lynch has made waves all over the world.”

“I definitely want to be in the ring with her.”

It seems like Toni Storm has some big dreams and at 23-years-old she has plenty of time to get them done. Maybe we’ll see Flair vs Lynch vs Storm someday. In the meantime, Toni seems happy to be watching them make history on the main roster for now.