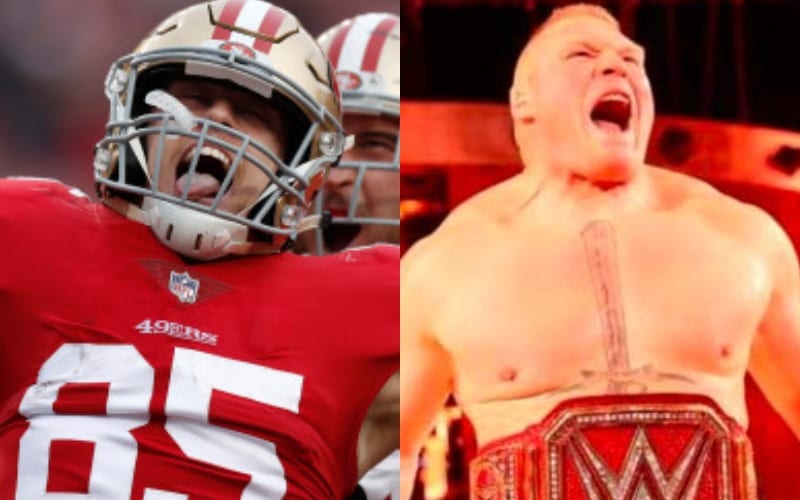 San Fransisco 49s tight end George Kittle was very excited to get out of the post-game press conference last week. He had tickets to see WWE TLC and he needed to get out of there. You can check it out here and see what kind of huge hurry he was in.

Kittle is a huge fan of WWE, but he’s not into every Superstar. When recently speaking to NBC Sports, Kittle revealed he is not a big fan at all of The Beast Incarnate.

“I hate it when there is a champion that doesn’t wrestle every week. Brock Lesnar wrestles maybe three times a year. I think that’s kind of hard for fans to watch because you’re not really a champion if you don’t wrestle. A championship match. That’s what really excites me.”

Kittle was super excited about getting to WWE TLC, an event that Lesnar did not perform on. As far as Kittle is concerned, he’s probably okay with not seeing Brock Lesnar at the show. Even though it would be nice to have a Universal Champion who shows up way more often.