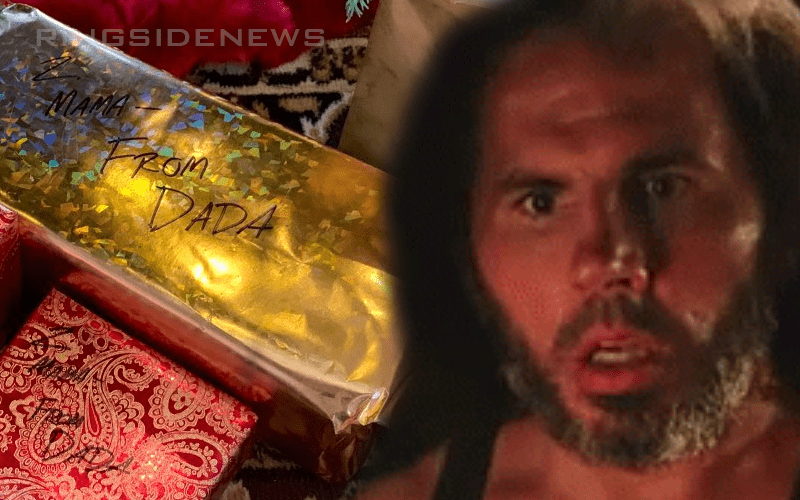 Sometimes you have to be resourceful, especially around the Holidays. Apparently, Matt Hardy tried to be a little inventive and simplistic with his gift wrapping this Christmas… but his wife Reby Hardy was having none of it.

Matt Hardy proudly displayed a picture of the gifts under his own Christmas tree saying.

Reby Hardy saw this and couldn’t help but comment on her husband’s lack of Christmas effort. Apparently, he had the tools around to do a better job, but she accused him of being lazy instead.

This is why Amazon has an option to gift wrap things for you. It really saves the trouble of being criticized about how you wrapped a present before it is even opened.