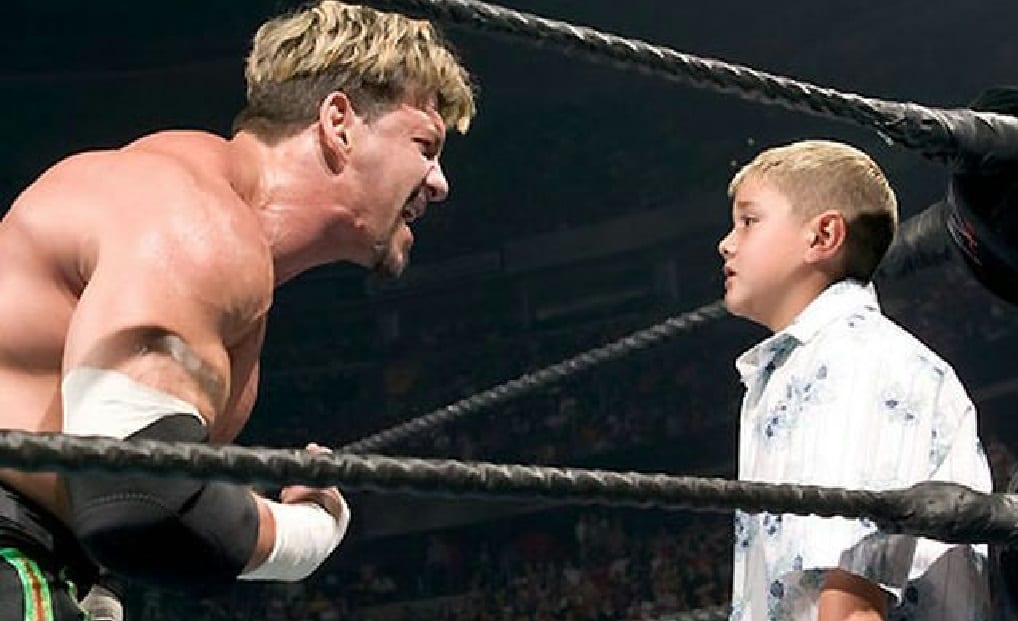 Vickie Guerrero was a part of plenty of memorable moments in WWE history. As General Manager of SmackDown Live she did enough to earn a spot in the WWE Hall Of Fame. She also had a pretty interesting angle with Rey Mysterio as well while her husband Eddie Guerrero were feuding.

While speaking to  ‘Prime Time With Sean Mooney,’ she revealed how intense things got in the 2005 SummerSlam storyline between Guerrero and Rey Mysterio as they fought over the custody of Mysterio’s real-life son Dominic.

“Well, the Rey Mysterio child custody storyline that he and Eddie were doing, they never thought it was gonna get that big. You know, and after it started progressing about four or five months, Rey and Eddie were really getting into it and they were having all these ideas and Vince had asked them, ‘What if we bring your families into the storyline and this… to just take it to another level’ where Rey’s wife is caught in the middle and Vickie’s questioning Angie – ‘When did y’all sleep together’ and it would just cause a lot of conflict with different angles of the storyline, and we loved it, and we were scared for the girls going in front of a crowd but, Angie, Dominic, my girls,”

“I think we’re just naturals because we’ve been around it so long. Yeah you know, we lived our lives through the camera to watch our husbands and that one day – it was this one SmackDown that we went and Vince talked to the girls and he got on his knees and he’s like, ‘Girls, you know your Mom and Dad are gonna be here with you. There’s nothing to be scared of’ and he goes, ‘If you wanna cry on cue, that is just awesome’ and goes, ‘I would love that’ and Eddie’s like, ‘Well that’s a little too much to ask from the girls’ and we went through the whole scene and that night,”

“Eddie gave the [word] to the girls [about] when to start getting scared and kind of overreacting and darn it, the girls cried and I was like, ‘Oh my God they cried’ and they weren’t nervous. All during the day, they were in catering. The girls loved the women’s locker room. They knew their way around the backstage and they knew everybody, and when it was time for us to go out, I think they were more calm than I was. Especially my oldest one Shaul. She loves the crowd and she’s, ‘Lets do this again’.

Dominic is actually training with Lance Storm right now to become a professional wrestler as well and possibly follow in his father’s footsteps. You never know if he might someday be in WWE and find himself in a feud that is as ridiculous as the one in which he was introduced to the WWE Universe.