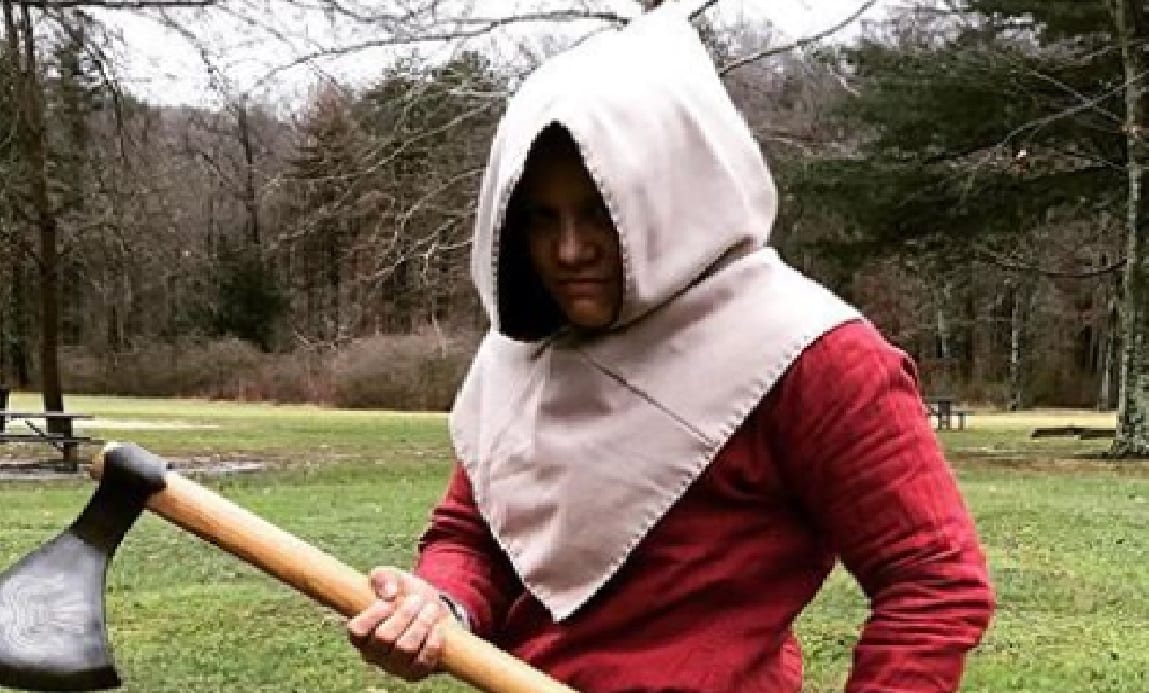 WWE Superstars often couple up and one couple made it 100% official yesterday. Sarah Logan and Raymond Rowe were married in a Viking themed wedding attended by plenty of their Superstar co-workers.

The Riott Squad was dressed up in Viking attire and Logan’s wedding dress was a really cool take on the traditional style that most people have. Shayna Baszler showed up too and she had her own take on what to wear to a Viking wedding.

“Best wedding attire ever. #skol #vikingwedding,” Baszler sent out on Instagram complete with a picture of herself dressed to decapitate.

It’s fitting that Baszler would pick the costume of an executioner for such a festive occasion of love. After all, Shayna and her take no prisoners attitude has been known to wreck an otherwise happy situation.

Everything was all good at the wedding though, so no heads rolled.