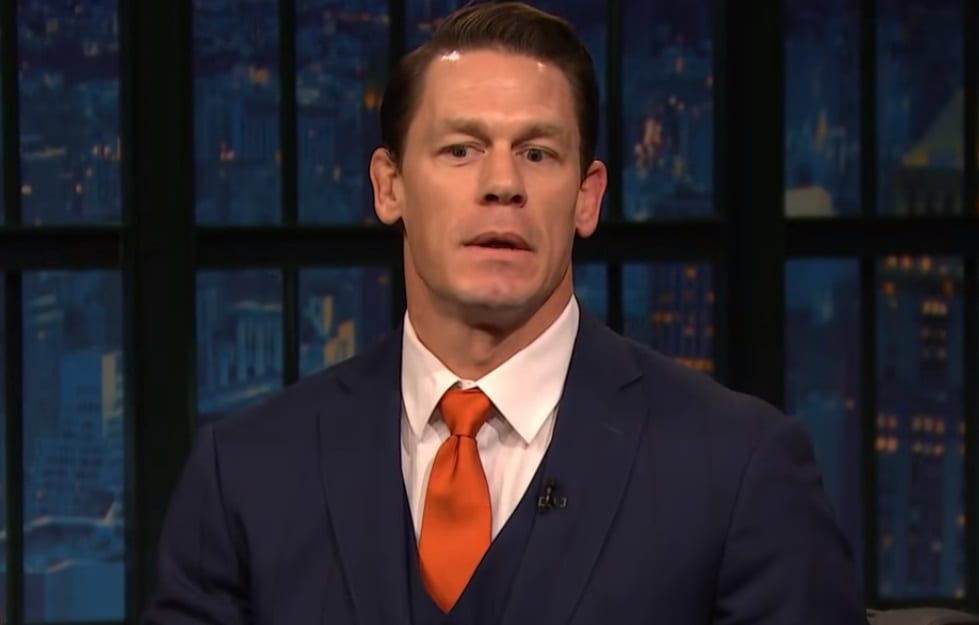 John Cena is out promoting the new Bumblebee movie right now and that means he’ll be appearing on a lot of talk shows. He’s also lighting the Empire State Building tonight too so that’s fun.

During an appearance on Late Night With Seth Meyers, Cena was asked about his classic persona and why he never turned to the dark side of the WWE Universe. Apparently, Cena has always seen himself as a heel, but for some reason, others felt differently.

“It’s weird with me because I am supposed to be the hero, but I’m actually the heel, and everyone’s just like, ‘Man, why don’t you just turn bad so you can be cool again!’, Wait, wouldn’t that make me good? I don’t even know. And it’s fun to like go into the WWE warp zone with those folks. They think I’m supposed to be a bad guy to be a good guy, but aren’t I already being a bad guy? Just wait until the debut of The CFO.”

It’s great to finally hear John Cena admit that he’s a heel. Only he had the WWE machine behind him so they could do whatever they wanted with him when it comes to merchandising and promotion so he was forced into a babyface role. His role in WWE might become even more scarce as time goes on and Hollywood gets in his way, but at least he understands how his character has come off to people for the past fifteen years.