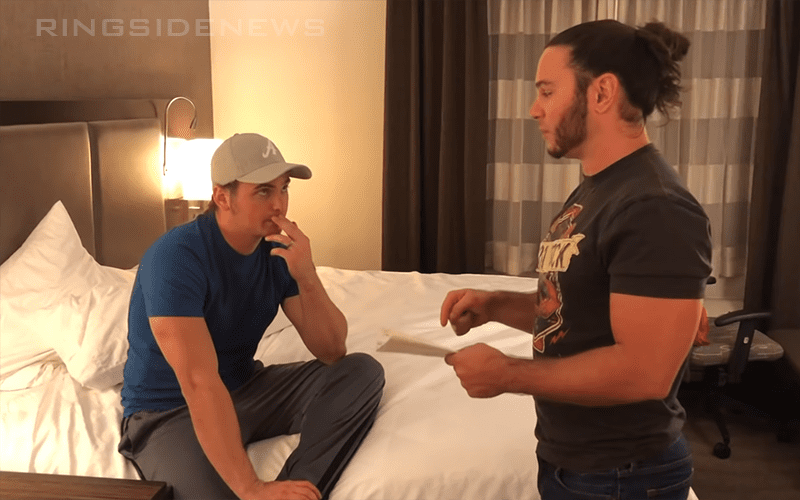 The Young Bucks are one of the hottest tag teams on the indie wrestling scene and they’ve made a ton of money for anyone they’ve worked with for the past couple of years. WWE would obviously love to have a marketing goldmine like the Young Bucks around too. It seems in the latest episode of Being The Elite, we got our answer on what they are planning next.

Nick and Matt Jackson handed a person playing the role of Triple H a note during the latest episode of Being The Elite that read: “Although this was a difficult decision. We watched an episode of RAW and saw what you guys did to the tag team division. I know in this business the say goes, ‘never say never,’ but for now, we wish you the best in your future endeavors.”

After that, The Young Bucks gave the Triple H character a double Superkick.

It seems that The Young Bucks were wishing WWE the best in their future endeavors. Of course, we all know what that really means because nobody really wishes anyone the best when they’re not working with them.

It seems like WWE and the Young Bucks aren’t going to happen if the latest episode of Being The Elite is any indication of things. We will have to wait and see if a big swerve is planned, but it might be a good idea to keep track of Being The Elite from this point on if you want the answers.