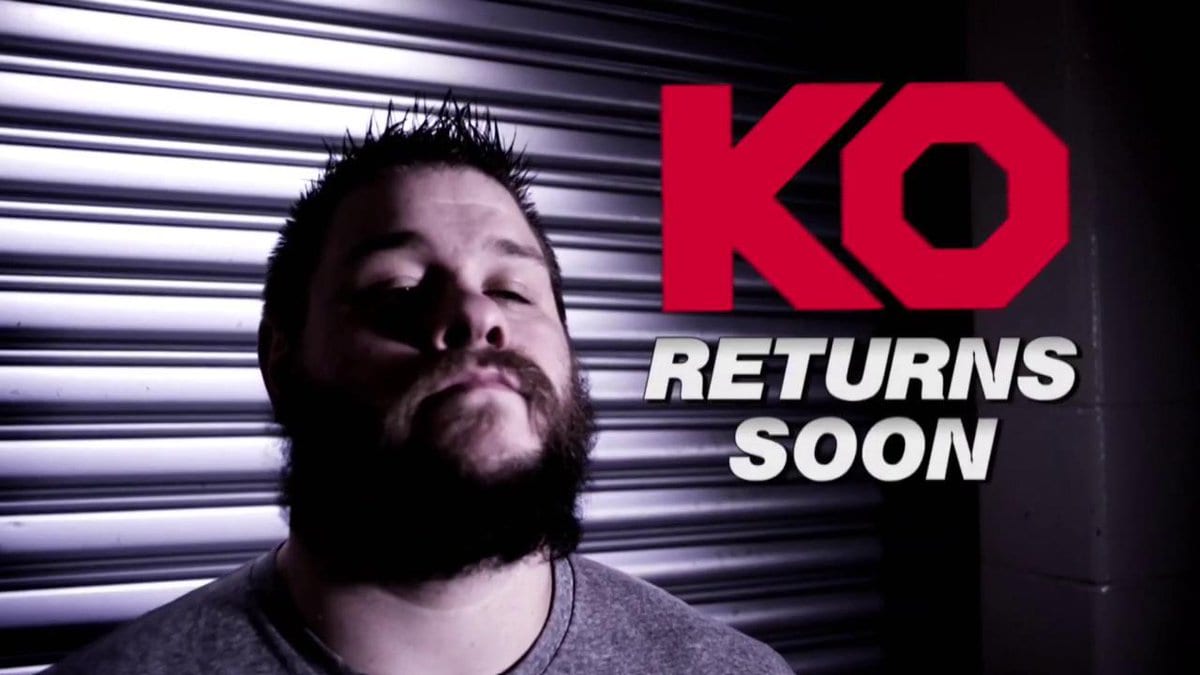 Kevin Owens has been out of action for far too long. He suffered a knee injury which actually required both of his knees to be cleaned out. Since then, he’s been enjoying the time off, but he’s also been preparing for a return.

During this week’s RAW, we were promised some big changes and new faces. It seems like we will also get some familiar faces back as well. Sami Zayn had a promo air previously in the night, but during the 3rd hour, Kevin Owens got his own video package hyping a return.

The latest we heard on KO is that he might not be back until WrestleMania. In their desperate attempt to hype the product as much as possible, they could have just been reminding fans that he’s on his way back too.

Either way, we’re still very excited to have the former WWE Universal Champion return as soon as possible.