WWE NXT is just like the main roster. People sometimes just don’t make it very far and it looks like we are two NXT Superstars lighter right now.

Nick Miller, one half of TM-61 is no longer listed on the WWE website as an NXT talent, in fact, as you can see below even trying to bring up his profile results in an error.

Casey Michael of Squared Circle Sirens reports that Nick Miller asked for his WWE release and apparently, it was granted. He also reports Taishan Dong quit the company recently as well. Losing Dong is going to be a big blow to WWE’s plans because he was a big boxer from China and they’re really trying to move into that market.

NXT UK Superstar Tucker has also apparently been removed from the listed Superstars as well. We’re getting the same error as we did with Nick Miller when trying to bring up his profile.

We will keep you updated if we hear anything new in this situation, but at this point, Shane Thorne might be without a tag team partner as TM-61 seems to have broken up. 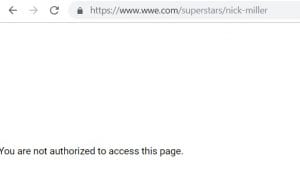 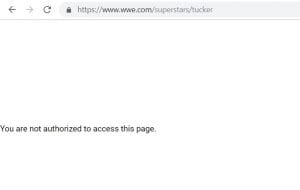