X-Pac recalls meeting King at an indie show a while back. King remembers that meeting as well, and he specifically remembers the advice X-Pac gave him that day. X-Pac told him that his work in the ring was really good, but his ring attire was ugly. He told King to wear some black gear and he’d be fine, so King bought 3 pairs of black trunks and he hasn’t looked back.

X-Pac mentions that it was interesting to see WWE address their recent declining ratings on RAW this week. They had one of their top babyfaces, Seth Rollins, basically say that the show has sucked lately, echoing recent criticisms from the fan base. He notes that there’s so much talent on that roster and he feels bad for the writers who have to deal with re-writing scripts time after time only to have their final product ridiculed by the fans. 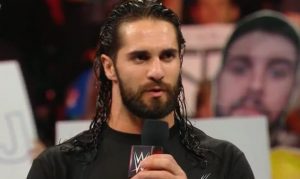 X-Pac was sad to hear of the passing of The Dynamite Kid this past week. He notes that he never really knew Dynamite because as he was coming into the business Dynamite was older and banged up. He notes that Dynamite was one of the best in-ring workers of all time, and he was a huge influence on his career.