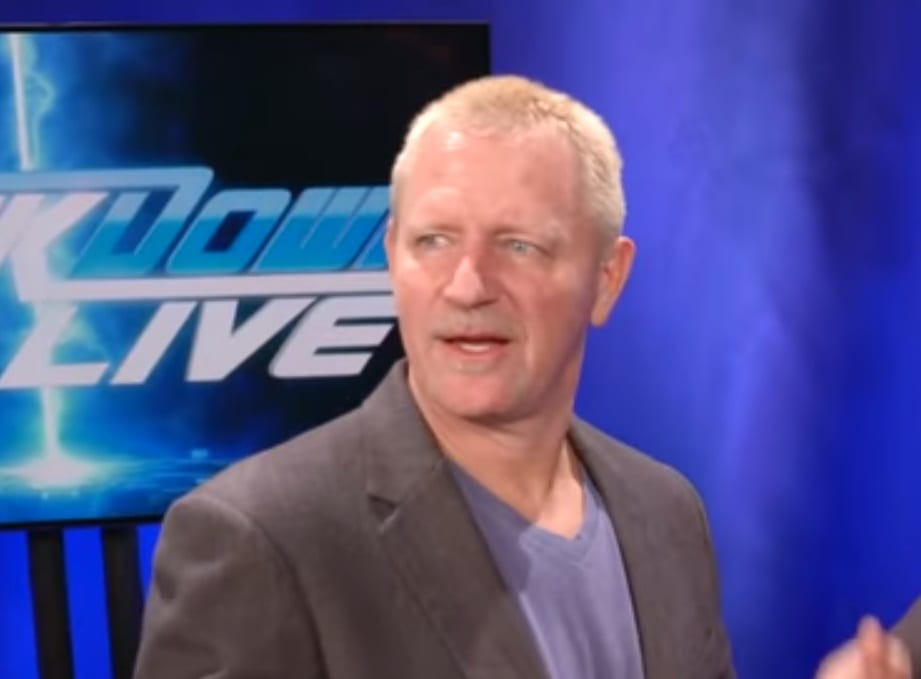 You never know who will stop by WWE, especially when they’re in Las Vegas. As it turns out, Jeff Jarrett was in town and paid a visit to the blue brand where he was interviewed backstage about the upcoming WWE TLC pay-per-view.

Double J is apparently staying up to date on the current WWE product because he had some insight. The WWE Hall Of Famer said he could feel something special in the air even stepping backstage.

“When I walked in the building and talking to the different guys you could just feel the buzz. Sunday’s gonna be pretty special. It really is for a lot of reasons. The go-home show, always people are taking it to another level, I’ll certainly be watching it.”

Jarrett said the “game changer” match for him could be AJ Styles’ match because he’s a personal favorite. However, he had to give the credit to the SmackDown Women’s Championship match this Sunday for having the most buzz about it.

Mike Rome reminded Jarrett that “it’s not a Good Housekeeping match,” and Jeff said Mike is a funny guy. That was a good one.

Jeff Jarrett went on to say it’s hard to do a first-ever nowadays and this Sunday will be a first. Therefore, if I were a betting man Double J will be paying attention to a few matches on the card at WWE TLC.