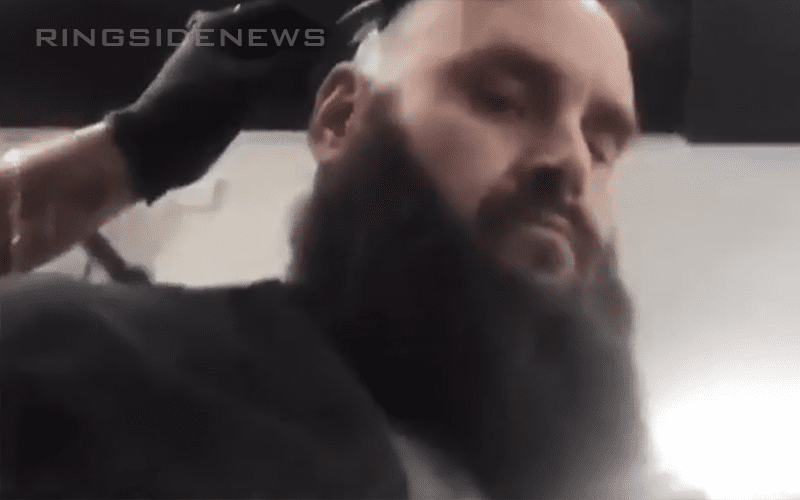 Braun Strowman had to get some bone spurs cleaned out of his elbow recently. This took The Monster Among Men out of action, but he was working hard on his return as soon as the surgery was over.

It appears Braun is preparing for some time on camera because he recently sat down in the barber’s chair for a shave — a head shave. To pull off his look, he has to get the sides of his head shaved with a straight razor, therefore he needed to get those last few weeks worth of growth shaved off.