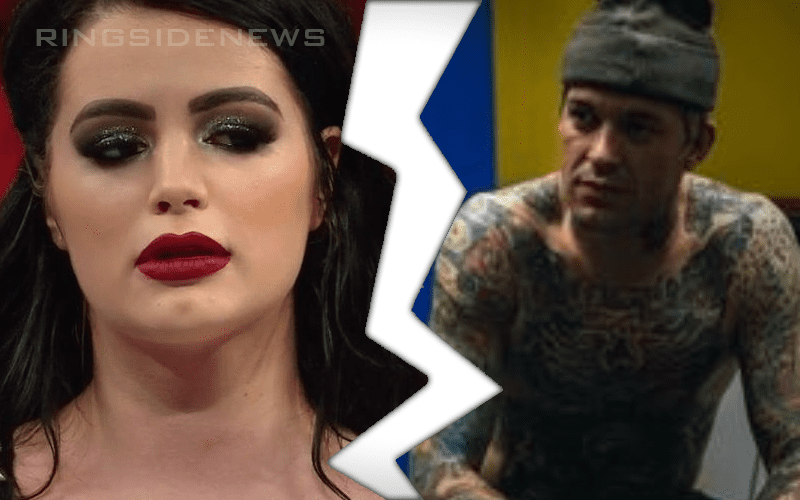 Paige recently put out her first cosmetic line called “The Breakup Collection.” Some people thought this was a clever way to sell makeup, but as it turns out there could be more to the story.

Colors in The Breakup Collection line includes: Rebound, I Don’t Need You, IDFC, and Into Dust. This could be a marketing technique, but as Charly Caruso revealed on Chasing Glory, Paige and Attila bassist Kalan Blehm are no longer an item.

“The other day [I was speaking to someone in the company] oh, it was with Paige cause she just broke up with her boyfriend somewhat recently. I told her, ‘You know every guy says they want this strong confident woman and that’s what they love about you and it’s only a matter of time in a lot of situations where then they start resenting you for that and they can’t keep up with you or they don’t like that you’re so dominant or you know so successful because it makes them feel less secure.'”

It’s been a while since fans saw Kalan pop up on Paige’s Instagram, so this stands to reason. The launch of her makeup collection very well could have been the big announcement without needing to say anything.

Only time will tell when Paige will find love again, but at this time she seems pretty happy as SmackDown Live General Manager and coming home to see her dog.