Christian asks Ryder about his wrestling toy collection, and asks him about his most expensive toy. Ryder informs that he recently lost a bidding war for a rare Lex Luger prototype, which sold for over $8000. He’s since been in contact with the winning bidder and he’s offered more cash to buy it, but the owner will not sell it.

Ryder informs that he hasn’t been on WWE television since he moved from Smackdown to RAW several months ago. He knows that he needs to keep his head down and keep working because it’s no good to complain all the time. If he continues to work hard and remains positive he’s sure another opportunity will arise for him. 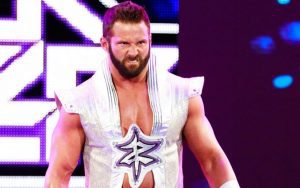 Speaking again about his wrestling figure collection, Ryder informs that some of his figures are worthless, but some are heavy hitters. He has one Greg “The Hammer” Valentine figure that someone offered him $25,000 for last year, but he said no.

Christian comments on something Bruce Prichard said on his podcast last week. Prichard said that The Unamericans didn’t work in WWE because those guys were scared of the heat. Christian says that wasn’t the case for him at all, but he does admit that he didn’t truly believe in that character. It’s very tough to go to the ring every night and give it everything you got when you’re not really invested in the character.