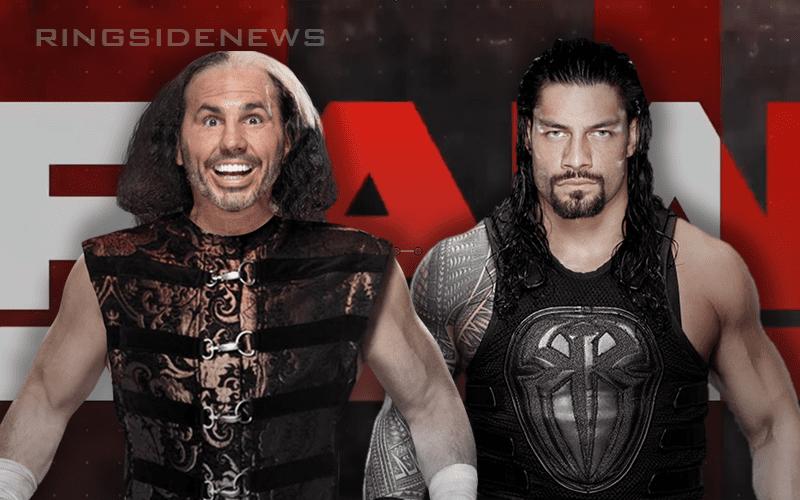 While speaking to My Khel, Matt Hardy mentioned that he’d like to face Roman Reigns before he retires from in-ring competition.

“I would say that one person that I would be dreaming before retirement because I haven’t got a chance to work with him. Now he’s gonna be gone for a little bit in future…it’ll be Roman Reigns. He is kind of a guy that WWE built around and I do I like him a lot as a person consider my friend. So I would love to have a Matt Hardy vs. Roman Reigns match before retirement.”

Reigns hasn’t been on WWE television since the October 22 episode of WWE RAW when he announced that his leukemia had returned. It’s unknown at this time when or if ever Roman would be returning to the company.